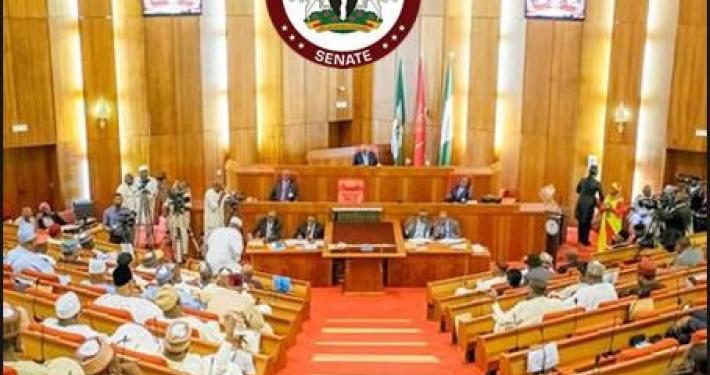 The Senate has set machinery in motion towards mitigating the worsening impacts of climate change in Nigeria.

The move, as declared by its Committee on Ecology and Climate Change, is necessitated by the disturbing high rate of gas emission in the country with attendant adverse effects on climate.

Briefing the press on planned mitigation, the Chairman of the Committee, Senator Lawal Hassan Anka ( APC Zamfara West) , said a National Green Summit would soon hold a way out of the imminent environmental disaster.
According to Senator Anka, Nigeria is a high net gas emitter and has consistently ranked among the 10th highest gas emitting countries in the world.

“We are currently the seventh largest gas flaring nation in the world , this combined with other emission sources like oil spillage and non – oil sector , notably agriculture, transportation and power sector.

“Cumulatively , the country has witnessed the Lake Chad basin rapidly drying up and the entire country has also been assailed by climate – induced conflicts leading to high human casualties and unquantifiable material losses,” he lamented.

He stated further that it was as a result of this development that the National Green Summit had been put together for stakeholders to brainstorm on the way forward.

He added that the theme of the summit is ” Collective Action for Gas Emission Reduction and Climate Change Mitigation in Nigeria.”