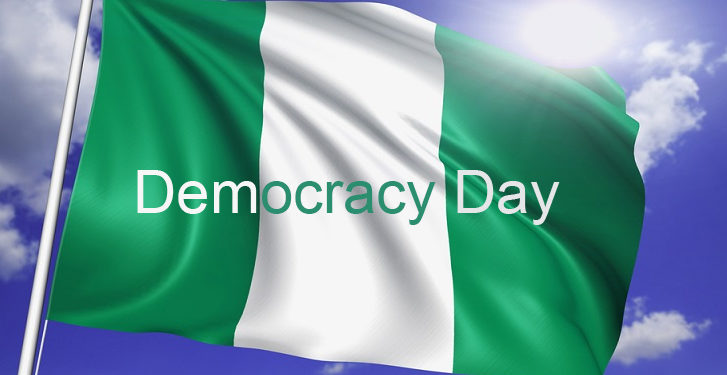 Nigerians now celebrate this date every year as Democracy Day to commemorate the fearsome but aborted struggle to return the country to civilian rule after 20 years of unbroken military rule.

The day recalls the June 12, 1993 general election which was, and is still, adjudged the freest and fairest election held in the country, which was won by the late business mogul and philanthropist, MKO Abiola. June 12 recalls the annulment of that election by the Gen Ibrahim Babagida junta and the dogged struggle by pro-democracy activists supported by labour unions and student associations, among other pressure groups, to revalidate that election and send the military back to the barracks. It was a long drawn-out battle in which many of the protagonists were hounded into jail or exile, with some paying the supreme price on both sides of the divide, including Abiola’s wife Kudirat, the military dictator Gen Sani Abacha and Abiola himself on July 7, 1998, barely a month after Abacha’s death on June 8, 1998. After an 11-month transition midwife by Gen Abfulsslami Abubakar, Nigeria returned to Democratic rule on May 29, 1999, with President Olusegun Obasanjo of the Peoples Democratic Party (PDP).

Obasanjo had, during his inaugural speech as president, designated May 29, the day the country returned civil rule, as Democracy Day, and accorded it the status of a national day, a public holiday. However, not a few felt that the June 12, 1993, struggle sent a clear signal to the military that the people of Nigeria thirsted for democracy and that it directly pushed the military to give way, as such that day was better suited as Democracy Day. States in the South West geopolitical zone went ahead to celebrate democracy on June 12.

Seeing the merit in the argument, President Muhammafu Buhari, ahead of his reelection bid in 2019, announced on June 7, 2018 that the celebration of Democracy Day would move from May 29 to June 12 starting from 2019. May 29 would remain handover date but would not be a public holiday. It was a decision that was well received in the polity.
On the return of democracy to Nigeria in 1999, there was high optimism with the politicians promising the masses that they would now begin to reap the dividends of their struggle, the dividends of democracy in the forms of good governance, rule of law,,respect for human rights and social justice, fight against corruption, economic empowerment and a better standard of living which they felt were denied them under the military junta.

Sadly 23 years after, four presidents later, a change from the then ruling PDP to the opposition All Progressive Congress, (APC)most Nigerians are yet to see better living conditions, most public institutions are riddled with sleaze and inefficiency and the government has failed in its primary duty of protecting life and property of Nigerians.
The country is receding in all indices of human development. The 16 years of PDP administration, spanning the administrations of Obasanjo, Umaru Yar’Adua and Goodluck Jonathan recorded modest achievements but they were ultimately overshadowed by monumental corruption, impunity and a failure to tackle the threat of Boko Haram at the early stage. The ruling party was voted out of office and replaced by an APC that promised to tackle the three main challenges it identified as facing the country – insecurity, corruption and economy. Seven years into the administration and less than one year to go, the three cardinal areas seemed to have worsened. Terrorism that was restricted to the North east in 2015 has now spread to every part of Nigeria with banditry, kidnapping, communal killings and separatist violence plaguing Nigerians. No one feels safe anywhere in the country, and kidnapping for ransom has grown into a billion-dollar criminal enterprise, with government feigning incapacity to stop the menace or even assist victims. The economy has also deteriorated so badly that Nigeria is now the poverty capital of the world, with over 100 million citizens living below the poverty line, and government appearing clueless to do anything other than keep borrowing to thre extent that over 90 percent of the country’s income is used to service debts, not pay the capital. Bretton Woods institutions warned recently that the country will in a few years be using all her income to service debt. This is a country which, during the Obasanjo presidency, liquidated Nigeria’s indebtedness to external creditors.

The third-point In the agenda, combating corruption – also seems to have failed as Nigeria continues to decline in Transparency International’s corruption perception index, (CPI) and government officials continue to be implicated in large-scale fraud counted in hundreds of billions of stolen money. Contract inflation, budget fraud, procurement graft and payroll fraud are as prevalent as ever, with not many big men sent to jail, Even the two former governors jailed for corruption have been granted state pardon, causing many to doubt government’’s sincerity.

Tomorrow, the president May give a speech detailing its achievements so far and expressing optimism going forward but not many Nigerians are going to be impressed.
As a newspaper,,on this special day to commemorate the last Democracy Day 12 under this administration, we urge the Buhari government to do Nigeria a favour: ensure free, fair, safe and transparent election in 2013 as it had promised. That is the best democracy day legacy it can still leave for Nigerians.