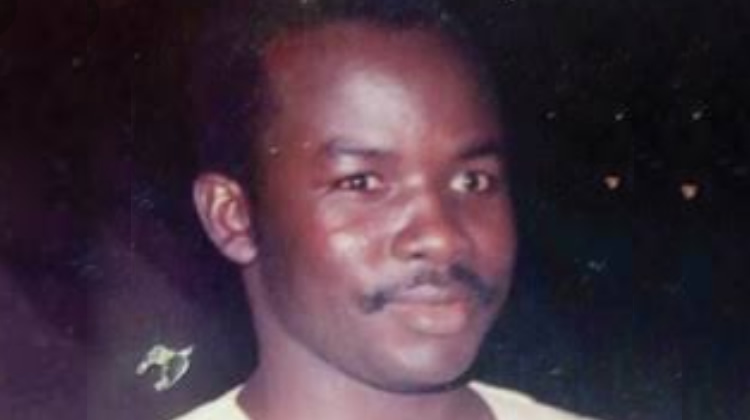 For nearly five months since the story of the mysterious death of Nigerian journalist, Bagauda Kaltho, resurfaced in the public domain, the United States embassy in Abuja, allegedly implicated in the death of the journalist, has remained silent over the matter despite numerous enquiries by LEADERSHIP Newspapers.

Mr Kaltho was killed in a bomb blast at Durbar Hotel in Kaduna State 27 years ago in circumstances that reek of alleged conspiracy to murder and cover-up by the US embassy for inexplicable reasons.

LEADERSHIP Newspapers had made several requests to the US embassy in Abuja to clear the air over its alleged involvement in the death of the Nigerian journalist, all to no avail as the US mission has consistently rebuffed LEADERSHIP’s enquiries on the controversial death.

The suspicion of the US Embassy’s alleged involvement in the death of the journalist, who went missing in 1995 after a bomb blast at Durbar Hotel, Kaduna, was raised by a former US Embassy staffer, Rusell Hanks, in a recent interview with LEADERSHIP.

The issue of Bagauda Kaltho’s mysterious disappearance resurfaced months ago when a Kaduna-based activist, Shehu Mahdi, told Arise News channel that the US government, through Hanks, may have recruited the missing journalist to allegedly carry out a bomb attack at Durbar Hotel in Kaduna to unsettle the then regime of the late Nigerian Head of State, General Sani Abacha.

LEADERSHIP had reported that Mahdi had, in the interview with Arise, claimed that Mr. Hanks offered him (Mahdi) a bribe of N1 million to plant a bomb at Durbar Hotel in Kaduna, but he rejected the offer. He, however, alleged that since Mr. Kaltho was also seen with Hanks at the same time, it was possible he took the offer to carry out the explosion, which rocked the hotel in 1996.

Hanks, a political affairs officer in the US Embassy at the time, admitted in an interview with LEADERSHIP that he was at the hotel at the time of the blast, but he declined further comments on the controversy, saying he will not speak until the US Embassy has spoken about it.

“But I am afraid I can’t help you much. I can’t say anything about it now until the US embassy in Nigeria has spoken on the issue. When they do that and you are not satisfied or you need further clarification on some issues, then call me back and I will provide you with the details,” he was quoted to have said.

LEADERSHIP newspapers sent enquiries to the US Mission through its official email ‘[email protected]’, but the mission failed to respond. It then followed it up with  an official letter written by the editor dated September 19, 2022, to the US Ambassador to Nigeria, Mary Beth Leonard on the issue, which again yielded nothing.

A second letter of reminder was written to the Ambassador by the LEADERSHIP editor dated September 27, 2022, which was yet again unanswered.

LEADERSHIP had reported that the attitude of the US embassy, especially that of the Ambassador, was really disturbing, strengthening the suspicion that the US government may have a hand in the alleged death of Mr. Kaltho.

LEADERSHIP also, in its earlier report, recalled that the wife of the missing journalist, Mrs Martha Kaltho, had called for investigation into her husband’s mysterious disappearance during the regime of the late General Sani Abacha.

Mrs Kaltho, in an exclusive interview with a sister publication, LEADERSHIP Friday, said activist Shehu Mahdi and ex-US envoy to Nigeria, Russell Hanks, should be held accountable for the whereabouts of her  husband who has not been seen since 1996.

She debunked the claim made by Mahdi that her husband was complicit in the said explosion at Dubar Hotel in Kaduna in 1995.

Mrs Kaltho also demanded that the federal government reopen investigation into her husband’s disappearance which happened between 1996 and 1997, according to her.

But in a new twist, Mrs Kaltho recently said her family will no longer speak further on this saga, raising suspicion of a possible threat to her life and that of her family or an inducement to abandon the case.

In another twist, Hanks has also refused to speak further on the matter as several calls put across to him by LEADERSHIP newspapers were not answered, again raising suspicion that he might have compromised.

LEADERSHIP had reported the public anxiety over the controversial death of the journalist, which prompted Civil Society Organisations (CSOs) to call for the immediate probe of the mystery behind the death of Mr. Kaltho.

The CSOs had remained resolute in their demands that the perpetrators of the murder be brought to face justice to serve as a deterrent to others.

The CSOs who spoke with LEADERSHIP on the matter are Transparency International (TI), Civil Society Legislative Advocacy Centre (CISLAC), and the Transition Monitoring Group (TMG).

Speaking through their leader, Awwal Musa Rafsanjani, the CSOs said the investigation will not be about whether the Buhari-led government was aware of the incident or not, adding that such atrocities must be investigated no matter how long it takes.

Rafsanjani said, “Is not about the government. It is about the country. There is nothing wrong with the government investigating the killing of Journalist Bagauda Kaltho. Even though it happened during the military, the government must investigate it because there are human rights violations, and we will continue to insist that such investigation is carried out.

“It is the duty of the government to investigate. It doesn’t matter when it happened. The crime must be investigated no matter how long it takes. The government should Investigate this mystery and ensure that perpetrators are brought to book, it will help. It will serve as a deterrent to others. It will help in avoiding that kind of human rights abuses.”

Meanwhile, the Nigeria Police Force has failed to respond to all inquiries about the investigation into the bombing of Durbar Hotel and the mystery around Bagauda Kaltho’s death, which has remained unresolved 27 years after.

The Nigeria Police Force has thus breached the Freedom of Information (FoI) Act by refusing to respond to letter sent to it to make the investigation public.

Acting on this, LEADERSHIP had written to the inspector-general of police, IGP Usman Baba, on December 29, requesting the investigation report of the Durbar Hotel bombing to be made public, but the police declined.

This is one of too many inquiries made about this inquiry but the Nigeria Police Force has continued to decline comments.

The Africa Media Development Foundation (AMDF) has insisted that the family of an investigative journalist, Bagauda Kaltho, must get over the mysterious disappearance of their family member.

According to AMDF, the Nigerian government should revisit the case of the disappearance of Kaltho, and ensure that the family gets justice.

Speaking with LEADERSHIP last night, the executive director,  AMDF, Mrs Sekyen Dadik, said everyone that has been dealt with unfairly deserves justice, adding that the organisation will continue to pursue the case of the late journalist until the family get justice.

“Everyone that has been dealt with unfairly deserves justice, much more when it involves an unfair death of a loved one will not be out of place for the government to revisit the issue of Bagauda Kaltho’s death and ensure the family gets justice, ” Sekyen said, adding that there has never been any word from the government since the disappearance of the journalist.

“According to his wife, since his disappearance, there has never been an official word from the government to the family. She only heard of his death on the radio. So, if the government can revisit the issue, ensure the family gets justice, it will go a long way in bringing closure and comforting the family and the media community, ” Sekyen added.

According to her, the organisation will continue to fight injustice.

“On our part, the Africa Media Development Foundation (AMDF) shall continue to fight for justice, not only for the late Bagauda Kaltho, but others who might have suffered or been maltreated in the course of their professional calling, ” Sekyen added.

Maimuna’s Memoir: Japa And Other Stories: The Activist I know

Maimuna’s Memoir: Japa And Other Stories: The Activist I know