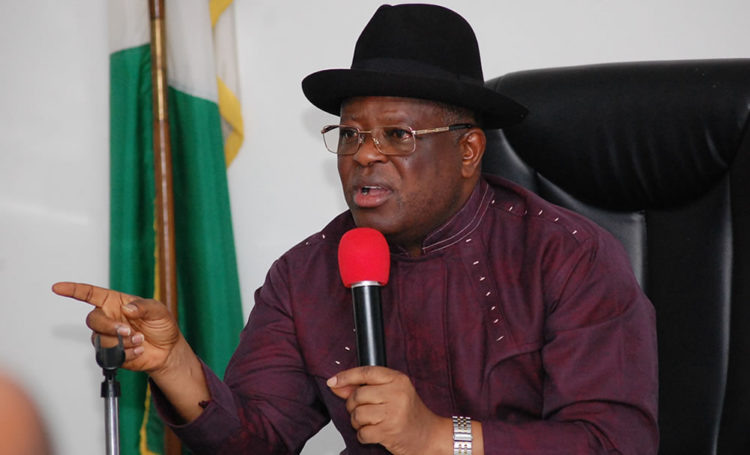 Ebonyi State government and the All Progressives Grand Alliance (APGA) yesterday engaged in war of words over the destruction of billboards belonging to APGA and reported sporadic shootings in Okposi, Ohaozara local government area of the state.

The party had accused the state government of using members of EbubeAgu Security Network to destroy its billboards located at strategic places in the state.

APGA called on the various security agencies in the state to urgently investigate the incessant attacks and destruction of its billboards.

In a statement that was signed by the special assistant on media to the APGA governorship candidate, Mr. Charles Otu and made available to LEADERSHIP FRIDAY expressed the regret that despite complains to the various security agencies on the previous attacks by the agents of the state government, no arrest has so far been made.

Emegha who is also the state chairman of APC however denied the allegation of sporadic shooting by men of the EbubeAgu Security Network in Okposi adding that it was aimed at attracting unnecessary political sympathy.

He urged the political parties in the state to ensure they comply with the relevant laws of erecting billboards ahead of the campaigns stressing that the state would ensure strict complains to all directives.

“We in APC ensure that any billboard we mount within and outside the state capital are done according to the rules. Other parties should emulate what the APC is doing. You don’t just go about mounting billboards without approval or paying the necessary fees”.

APGA accused the newly-elected Council Chairmen and the Ebubeagu security personnel of creating tension in the communities adding that any further destruction of its billboards or attack on its members will no longer be tolerated.