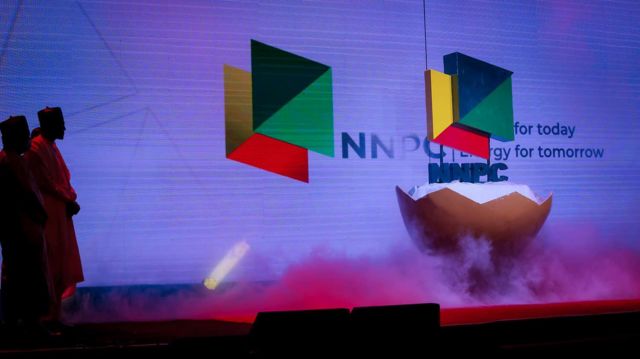 Forty-four years after its creation, the Nigerian National Petroleum Corporation (NNPC), last week, transited to a commercial entity. Following this process, it is believed that the federal government will put an end to the funding the oil firm’s projects as was obtainable since it was established in 1977.

The NNPC Ltd as a corporate limited liability company will be operated in accordance with the Company and Allied Matters Act (CAMA). By this arrangement, it is owned jointly by the ministry of petroleum incorporated and the ministry of finance incorporated each with equal shares. However, NNPC Ltd has plans to go public soon through an Initial Public Offer (IPO).

We recall that on August 16, 2021, President Muhammadu Buhari signed the Petroleum Industry Bill (PIB) 2021 into law which was a precursor to the commercialisation of NNPC. Petroleum Industry Act (PIA) as it is known, mandates the NNPC Ltd to conduct its affairs on a commercial basis in line with CAMA. According to the law, the company will run on a commercial basis profitably and efficiently without recourse to government funds. It will be expected to run profitably and generate wealth for stakeholders  as well as retain 20 percent of profits as retained earnings to grow its business.

With this process in place, NNPC will now be run like most state-owned international oil companies like Aramco in Saudi Arabia, Petronas in Malaysia, and Petrobras in Brazil.To be sure, as of 2020, Aramco is one of the largest companies in the world by revenue and on May 11, 2022, it  became the largest company in the world by market capitalisation, outstripping Apple Inc. The NNPC aims to generate revenue like Aramco in the nearest future.

In the considered opinion of this newspaper, this is the right step in the right direction. We also believe it will be as successful as the NLNG which earns over $100 billion in revenue. Moreover, we strongly believe NNPC Limited can only succeed with minimal interference from political actors and bureaucracy.

It is important that the new NNPC is given a free rein to work and actualise its potentials. It is expected that NNPC Limited may decide to go public later in the future. We also believe that it should be listed on the foreign stock exchange to make it a world-class company.

It is important also, in our opinion, for the new management to carry out a comprehensive audit and overhaul of the workforce. This is imperative so as to rid the place of the lethargy that had been the bane of the nation’s cash cow.  It is generally believed that the NNPC has been a cesspool of corruption over the years. To that extent, it is necessary that the new outfit is cleansed of any corruptive influence.

Nigerians from top oil companies around the world should be recruited to drive this change. The big question, however, remains fuel subsidy which is a huge drain on the country’s lean resources. The federal government has projected to spend N6.72 trillion on fuel subsidy next year. The projected expenditure is N2.53trn higher than the current petrol subsidy figure, expected to roll till May next year. In our opinion, this is no longer sustainable.

Experts believe that with the commercialisation of NNPC, the corporate entity will no longer remit funds to the Federal Account Allocation Committee (FAAC). This, invariably, means that no more money will be shared by state governors.  It will of course be paying taxes, royalties, and dividends to the government.

In our view, this is good news as this will force most state governors to put on their thinking cap and generate money for their states instead of waiting for allocations from the federal government.

Besides, we have consistently advocated on this page that governors need to start thinking like chief operating officers of multi-billion corporations. Now that a huge chunk of resources has been taken from FAAC, the governors will have no other choice but to seek alternative sources of income.

We also share the view of the Revenue Mobilisation Allocation and Fiscal Commission (RMAFC) that there should be a clear definition of the shareholding structure of NNPC Limited to reflect the three tiers of government. Another contentious issue is the refineries. In our view, the NNPC should sell the refineries and concentrate on greenfield refineries.

Regrettably, Nigeria should have been a new bride in the international gas market as a result of the war between Russia and Ukraine but this is not happening. We urge the management of NNPC Ltd to explore and exploit that segment of its market portfolio. Overall, we commend the government for taking this bold initiative even if belated.