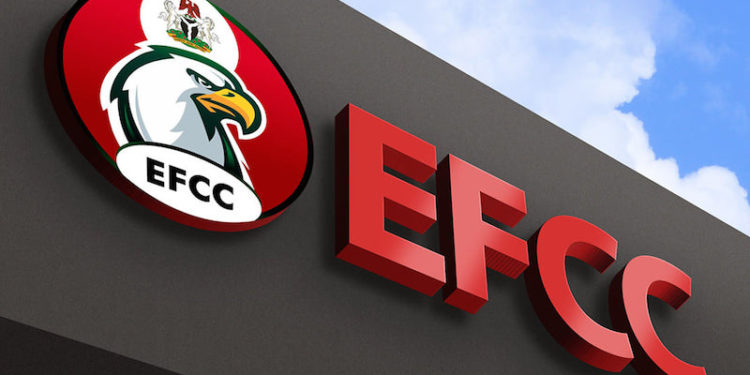 The Economic and Financial Crimes Commission (EFCC) recently declared that landlords who rent out apartments to internet fraudsters, popularly known as Yahoo Boys would face a jail term of 15 years.

Making this warning on its official Instagram page, the anti-graft agency invited members of the public to attend a town hall meeting on the theme: “Landlord: Give Your House to Yahoo Boys, Spend 15 Years in Jail.”

In the less than a minute video announcement, the EFCC said the purpose of the virtual town hall meeting called “EFCCConnect” is to expand its reach and engagement with citizens.

Clearly, the overall notion of fighting and, if possible, eliminating internet fraud, especially among young Nigerians as intended by this scheme, is flawless, but the idea of arresting landlords for renting their apartments to suspected yahoo-yahoo boys, in our opinion, is overzealous, rash, lazy and reactive. And it is sure to attract an avalanche of litigations on the EFCC.

Evidently, the place of awareness, as it would seem, intended by this new initiative of the anti-graft agency is and should be well applauded by every concerned Nigerian, considering the magnitude of the negative impact internet fraud is having on the country and its future.

Nigeria, sadly, has a notorious reputation of having a lot of young to middle-age persons involved in internet fraud. Their despicable actions have since gained global attention as some of them have been arrested in the Middle East, Europe and the United States.

Beyond the bad image Nigeria faces over this social menace, the reality that the major culprits are young persons, sometimes, young enough to be in secondary school, portends a middle-term social disorder and a long-term disastrous future, if drastic measures are not urgently taken.

To this end, all measures within actionable reason and legality are permissible, but not this arrest of landlord approach as advanced by the anti-graft agency.

In a clime like ours where systematic data and records are still hard to come by, it is tough for a landlord to adequately verify whatever information a prospective tenant presents to him or his representative.

Perhaps, the thinking behind this new tactic by the anti-graft agency is that every yahoo-yahoo boy fits a particular profile in dress sense and lavish lifestyle.

By this, we do not seek to encourage a landlord – or anyone for that matter – to serve as an accomplice to any fraudster. If anything, for security reasons, we believe that every landlord, just like any other good citizen, should take more than a passing interest in those that come to rent their property or reside within their neighbourhoods.

However, in the same measure we are mindful that unsuspecting landlords could become victims of frame-ups or needless harassment by the anti-graft agencies on suspicion of harbouring yahoo-yahoo persons.

As much as we appreciate the awareness value this scheme seeks to drive, we believe that addressing the core crisis of yahoo-yahoo practice should be more proactive and collective.

This social anomaly has been bred and sustained by the country’s self-serving political leadership. In a clime where the mass of political elite have become parasites on the social system through wanton corrupt acts, the young ones, for want of a role model, are wont to follow suit in their own fashion.

A clear case is the recent presidential primaries during which vote-buying was overwhelmingly dollarised – to the knowledge of the general public, with no attempt made to punish the culprits in this criminal act. Although the EFCC showed up at the venue of the primaries, we, like many Nigerians, believe that the anti-graft agency should have done better than that window dressing it exhibited if it wanted to make arrests.

In the midst of all this, the country continues to churn out graduates from a dysfunctional educational system without clear plans on how to engage them productively. That millions of graduates have been idle at home, in a terribly shrunk economy, says much.

As much as we believe that there is absolutely no justification for anyone to engage in internet fraud, or any crime for that matter, we also believe that the anti-graft agencies should be more innovative and proactive with its deterrence measures.

While we commend the agency for doing a good job of arresting internet fraudsters using the anti-cybercrimes laws, we believe that if it ramps up successful prosecution of high-profile corruption cases, it will go a long way to make fraud unattractive to both the young ones and the larger society.