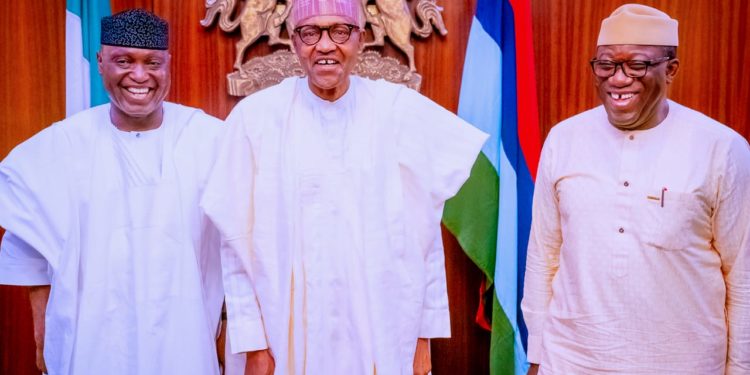 The governor-elect of Ekiti State, Biodun Oyebanji, Monday, said that neither he nor his party, the All Progressives Congress (APC), was involved in the widespread vote-buying alleged to have taken place during last Saturday’s election, which he won.

Oyebanji spoke at the State House in Abuja after a visit to President Muhammadu Buhari.

Speaking with State House correspondents after being presented to President Buhari at the presidential villa, Oyebanji said he did not witness any vote-buying at the polling unit where he voted.

The governor-elect said he won the poll based on the performance of the outgoing administration in the state led by Governor Fayemi, in which he played a prominent role.

According to him, he canvased for votes using the record of performance of the administration and what he had to offer the people going forward.