In this interview with CHIMA AKWAJA, the the co-founder and managing director of Trucks Transit Parks Ltd. Mr. Jama Onwubuariri, speaks on how his company in association with Nigeria Ports Authority (NPA) has used technology to solve the perennial traffic congestion in Apapa ports and other future plans. Excerpts.

by Chima Akwaja
in Feature
0 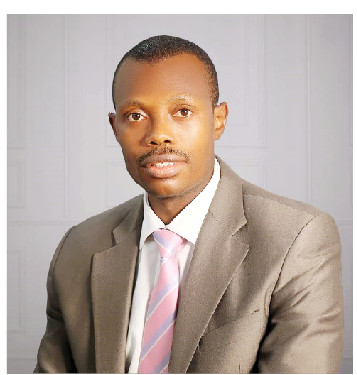 The maritime sector has found it difficult adopting technology, especially around clearing of goods and movement in and out of the ports. How can we surmount this problem?

The technology which we introduced is known as electronic truck call-up system (Eto) which is a Yoruba word for arrange. We have designed this call-up system such that when you have business at the ports, you book via an online platform where your data is registered. The system calculates how much you would pay for your trip and the cost is deducted from an electronic wallet which you must have pre-funded. Then, you get a ticket that you use for access into the ports.

Sometimes, your trip might involve some stops along the way, this is also programmed into the call-up system. With this information, drivers, cargo owners, truck owners, terminal operators, and other stakeholders in that value chain are able to predict how much it will cost them to make a movement and their schedule such as parks and pre-gates to stop at and arrival time, leading to ease of doing business and consequent reduction of traffic on the roads.

Instead of allowing these trucking facilities to have their own independent arrangements, we put it all together on one platform. So, when the driver is coming from wherever in the state, he doesn’t need to book numerous parks, he just does a single booking on our platform and that booking gives him access to each of the facilities that he will use along his route until he gets to final destination.

It then becomes our responsibility to ensure that the facilities are not overbooked or have insufficient spaces when the trucker is booking and that the payments that are made are remitted to the facilities after the service is rendered. What we have is somewhat more advanced than what we have in the other countries that we visited.

How has the Electronic Call-up System impacted the ports, truck drivers and unions?

In terms of actual numbers to show the reception that this innovation has received, from February 27, 2021 last year and this period, we’ve processed over 850,000 port-bound trucks. This is only a 150,000 short of one million truck movement which have been arranged on the platform, which shows a high level of acceptability. As things stand today, you cannot access the port without going through the call-up system.

That’s also a testimony to how popular and receptive the system has been. On another hand, we have about 85,000 registered trucks on the platform that go in and out of the ports moving dry cargo into Apapa and other controlled locations. In terms of network of facilities, we have over 80 facilities that are connected on the Eto platform so you can book to go to any of them using this platform.

Truck drivers have expressed various levels of satisfaction with the fact that they no longer need to settle certain officials before they are allowed access into the ports. Neither do they need to know someone that they have to settle for a slot to move on federal government roads.

In terms of financial impact, previously, it would cost over N1 million to move cargo out of the ports, but now it’s within N350,000 to N450,000. The cost that the drivers pay used to range from N100,000 to N300,000 for undocumented items. Now, the total cost they spend is between N20,000 and N30,000 to be able to book depending on the number of facilities they have to use and the distance of the facility where they’re coming from relative to where they are going.

There is also a massive reduction in traffic along the Apapa and Tin Can roads. The traffic that was as a result of extortion has massively ben reduced. Before February of 2021, you could see the Apapa traffic container trucks tailing into Surulere and Yaba. That is no longer the case today. In fact, you won’t encounter any traffic until you come close to AG Leventis, along the Wharf road within Apapa, and that is either because the terminals have a downtime or they are slow in receiving trucks. So, the reception has been extremely positive.

For non-port users who need to do business in Apapa, how does this affect them?

Phase two will be for trucks not going into the ports but are going into Apapa. We’re currently on a drive to onboard those trucks. They are trucks going into warehouses and factories that are located around Apapa. Tankers also carrying wet goods that are regulated in Nigeria. We’re currently engaging with the relevant unions and authorities to ensure that these categories of trucks are also onboarded in a way that does not impact the sales price of these commodities.

So, what next after now?

Next will be to expand the electronic call-up to other ports such as the Lekki Deep Sea Port coming up in September. There are also activities ramping up in the eastern ports in Nigeria, these are all locations where we hope to have the call-up system implemented.