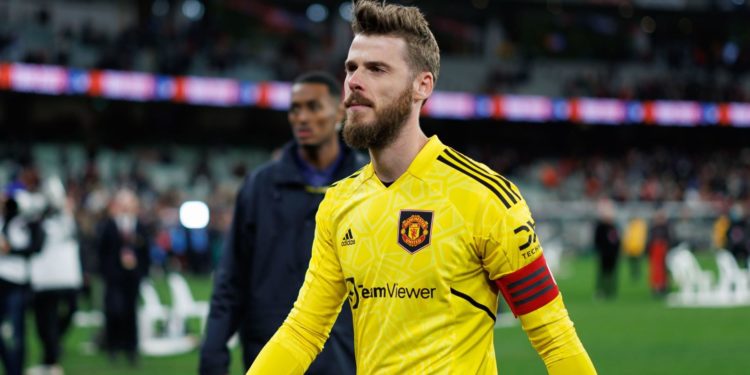 Goalkeeper David de Gea said he hopes to remain at Manchester United and help the Premier League club end their trophy drought after a “disaster” of a season.

De Gea’s contract expires in June 2023 and the Spaniard, who joined from Atletico Madrid in 2011, said he was open to signing an extension.

“If they let me stay I will stay, for sure. I’m really comfortable, happy, and hopefully before I leave we can win something more,” De Gea told reporters,adding that he had yet to open discussions about a renewal.

United endured a torrid campaign last season in which they failed to qualify for the Champions League after finishing sixth with 58 points – their lowest in the Premier League era.

The club also failed to win any silverware, extending their trophy drought to five years.

“We cannot do the same because it was a disaster,” De Gea said. “It was very tough, embarrassing sometimes.

“Some games were a mess. It was painful, unacceptable. Sometimes, you have to feel pain to go up and keep going.”

United played a 2-2 draw against Aston Villa in a pre-season friendly in Perth on Saturday,and will take on Atletico Madrid on July 30th

They kick off their league campaign at home to Brighton & Hove Albion on August.