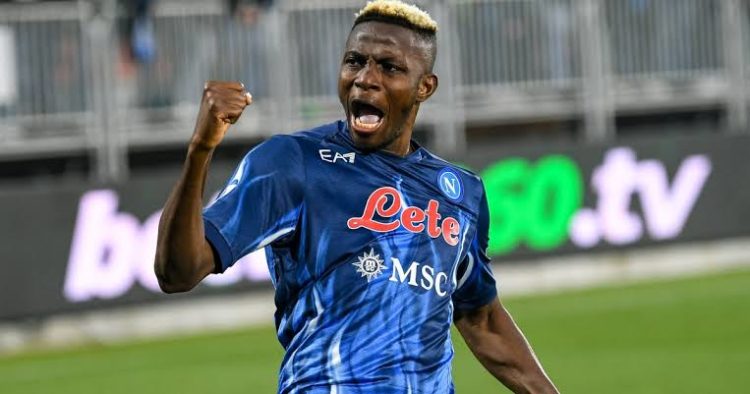 Newcastle are set to rival Man United and Arsenal in the race to sign Napoli forward, Victor Osimhen, according to reports.

The Nigerian striker turned in yet another impressive return in front of goal last season, netting 18 goals across all competitions.

His fine form has attracted interest from a host of top clubs from the Premier League, in particular.

Both Man Utd and Arsenal are in the hunt for reinforcements up front and have identified £85million man Osimhen as a potential target.

But according to transfer guru, Gianluca Di Marzio, both clubs have been joined by newly mega-rich Newcastle in the hunt for the Nigerian international.

Speaking to Wettfreunde, Di Marzio explained why and when EPL clubs could make a move for Osimhen, saying: “I think he (Victor Osimhen) is a Premier League player because his skills are fit for the Premier League.

“He’s quick, he’s strong. He has everything to play in the league.”

With new investments at Saint James Park, Newcastle has what it takes to rival Man United and Arsenal for Osimen.