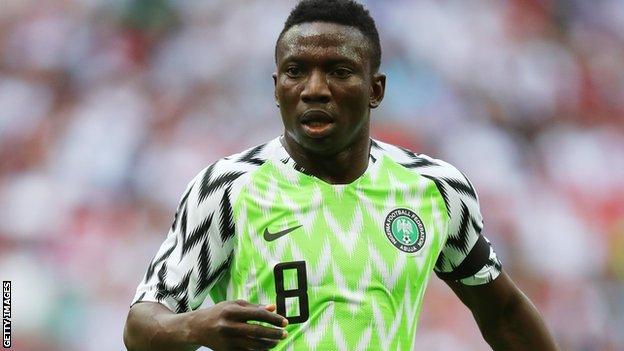 It would be recalled that Etebo agreed to join Aris Thessalonians last month, inking a three-year deal on September 15, the summer transfer deadline day in Greece.

With the move, Etebo ended his uninspiring four-year stay on the payroll of English Championship club Stoke City.

But after Aris announced the acquisition of Etebo, visa issues stalled the midfield dynamo from travelling down to Greece.

But recent reports from Greece revealed that the visa issuance concerns had been resolved, and Etebo had received his visa from the London embassy.

Etebo landed in Greece several minutes after noon on Tuesday, and he is expected to head straight to Aris FC’s traditional home, the Kleanthis Vikelidis Stadium.

The 26-year-old will undergo the necessary medical tests, to determine his level of readiness and how quickly he will be able to integrate into manager Alan Pardew’s plans.

Having not played competitive football for several months, Etebo is expected to need a special training program to get him up to speed.