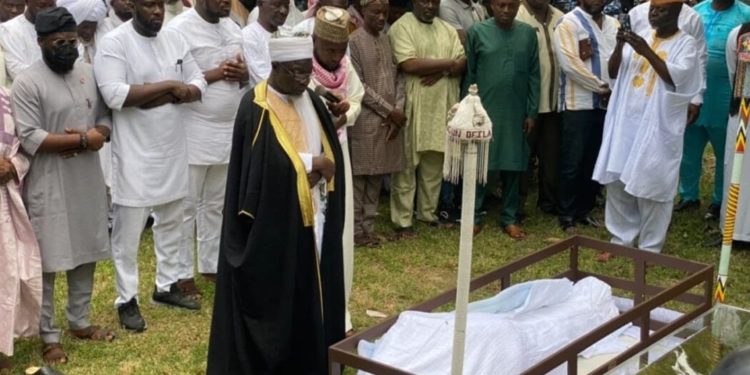 Nigerians trooped out in their numbers on Saturday to pay a former Inspector-General of Police (IGP), Tafa Balogun, their last respect as he was buried in his home town.

The incumbent Inspector General of Police, Alkali Baba Usman, was represented by the Osun State Commissioner of Police, Wale Olokode.

Representatives of Osun State government were also among the sympathisers at the burial ceremony.

Recall that the former IGP died on Thursday, August 4, exactly four days to his 75th birthday in a Lagos hospital.