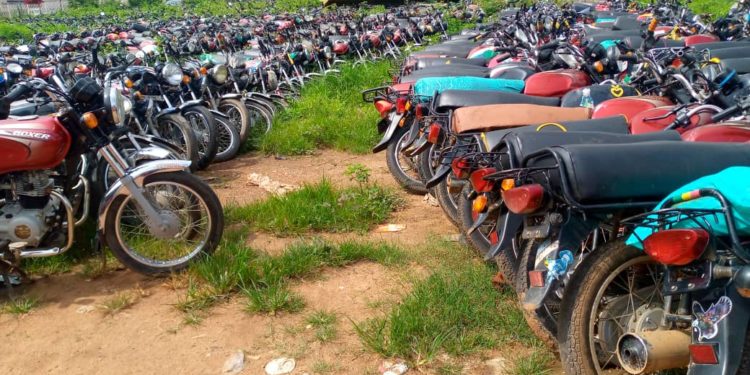 The Federal Capital Territory Administration (FCTA) has crushed over 1,700 motorcycles impounded by the Administration, in line with its ban on commercial motorcycle (Okada) operations in the nation’s capital city. 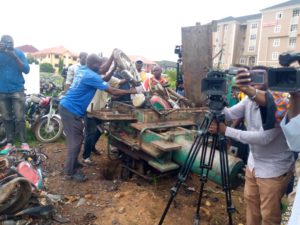 Recall that the Administration banned activities of commercial motorcycle operators within the city center in 2006.

Addressing journalists during the commencement of the second phase of the exercise at Wuye on Wednesday, the Director, FCT Directorate of Road Traffic Services (DRTS), Dr. Abdulateef Bello, said crushing the motorcycles would serve as a deterrence to would-be defaulters.

He explained that the last exercise was carried out in December 2021 when many others were destroyed.

“The efforts of the enforcement of Okada ban in FCT is yielding so many results. Today, We are starting with over 1,700 motorcycles, they were impounded from people that remain adamant about operating within unauthorised areas.

“The DRTS task force always demonstrates the substantial capacity to manage the enforcement but it would not be enough without the cooperation and support of the command and control established in the FCTA with the support of the Joint Security Task Force being managed by the FCT Police Command.

“So, today we are marking another beginning by performing the crushing,” he said.

“They use them in snatching of bags, bank robberies, attacks on residential areas and they were becoming a threat to the security of FCT. On that note, there was an outcry that led to the banning of motorcycles within the city in 2006 by the FCT Administration, since then we have been working together in impounding Okada,” she said.

The Mandate Secretary, FCT Transportation Secretariat, Usman Yahaya, said despite the challenge of the motorcycle operators, the Secretariat would not be overwhelmed.

“The motorcycle operators are stubborn but we won’t relent in our efforts to stop them from operating in the city center,” he stated.