by Achor Abimaje
in Cover Stories
0 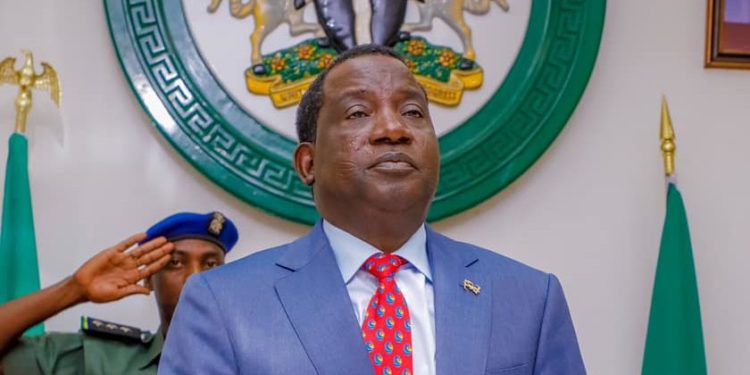 The federal government and governors of the 19 northern states have commenced the review of the National Livestock Transformation Programme as part of the process leading to its implementation.

The governors said because the programme has direct bearing on the lives of the people, they are not sleeping on the issue of insecurity, as it has been a matter of great concern to them that in some places farming activities have been interrupted.

Chairman of the Northern Governors’ Forum (NGF) and governor of Plateau State, Simon Lalong, said the northern governors are working with other stakeholders, especially the security agencies, to help farmers.

Lalong spoke when he led other governors to meet with the minister of agriculture, Dr. Mohammed Mahmood Abubakar, over the National Livestock Transformation Programme and the State Level Project Socialisation on Livestock Productivity and Resilience Support Project (L-PRES) in the region.

The governor noted that this is the time that farmers would need a lot of their support and assurance to produce food for the nation.

According to a statement issued in Jos by the director of press and public affairs, Dr. Makut Simon Macham, the meeting held at Transcorp Hilton, Abuja, was chaired by Lalong, chairman of the Forum.

The meeting was attended by governors of Kwara, Niger, Kebbi, Kaduna and Deputy Governors of Benue, Kogi, Bauchi and Nasarawa States.

Speaking with journalists after the meeting held behind closed doors, Governor Lalong said the engagement was necessitated by the concern of the northern governors over the implementation of the programmes which have direct bearing on the lives of the people.

He said the governors are worried over the slow pace of the implementation of the National Livestock Transformation Programme which was conceived to tackle the challenges confronting herdsmen and farmers.

The governor further said because agriculture is the mainstay of the North, the forum welcomes the introduction of the new outfit Livestock, Productivity and Resilience Project (L-PRES) which it believes compliments the NLTP and will yield a positive result.

Lalong explained that the meeting was fruitful, as the governors got assurances from the minister of Agriculture that the federal government would continue implementing all programmes in partnership with the states for the benefit of the people.

On security for farmers, he explained that the implementation of the programmes would also help in addressing the security challenges confronting farmers in their farming activities.

The chairman also explained that the meeting discussed the revamping of the textile industry through the Northern Nigerian Development Company as a way of addressing unemployment and crime, among others.

You Have Made Nigeria Proud, Osinbajo Tells International Biker, Adeyanju