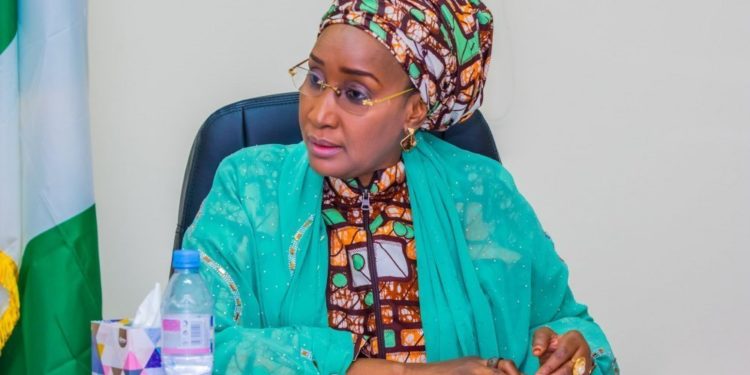 Despite the present administration’s pledge of lifting 100 million Nigerians out of poverty, rising inflation and insecurity, among other factors, have forced more Nigerians into the poverty trap with the rural and city slums dwellers most affected.

Although the government has a myriad of economic empowerment schemes including support to small and medium enterprises, the impact of such interventions has yet to really trickle down.

Only recently, the government, through the ministry of Humanitarian Affairs and Disaster Management said it has concluded an arrangement to disburse N20, 000 each to the rural poor, across the country through the National Social Investment Programme (NSIP).

Officials claimed that the Grant for Vulnerable Groups programme, which was introduced in 2020 to sustain the social inclusion agenda of the federal government, is consistent with the national target of lifting 100 million Nigerians out of poverty in 10 years.

Sadiya Umar Farouq who is the Minister of Humanitarian Affairs, Disaster Management and Social Development, said the grant was designed to provide support to some of the poorest and most vulnerable women in rural and semi-urban areas of the country.

“The specific objectives are to increase access to financial capital required for economic and income-generating activities, promote financial inclusion among unbanked and underserved populations; and contribute towards improving their living standard.”

We observe that this is not the first time the government will engage in cash disbursement of this nature with little or no noticeable impact and there is nothing to suggest that the current exercise will be any different.

Assuming without conceding that cash disbursement in the form of handout as being done by the NSIP is the way out of poverty, can such be done effectively without a credible social register? What yardstick is the NSIP using to identify those that deserve to benefit and what guarantee have Nigerians that the real target beneficiaries will get it?

Similar programmes like the N-POWER for instance, have been abused so much so that persons fully engaged at either private or public organisations, also have their names on the list as beneficiaries and get paid throughout the duration of the programme.

Even though Farouq claimed, “The main objective of the programme is to increase income and productive assets of target beneficiaries” made up of 70 per cent women and 30 per cent men, we see it, like other similar projects which have not yielded the desired results, as not a lasting solution to the nation’s endemic poverty.

There are clearly defined means of eradicating poverty and cash disbursement is the least effective of all. To tackle general poverty, efforts must be made to Educate children. We are not oblivious of the fact that the government has in place a school feeding programme that aims to motivate school enrolment, retention and possibly completion. Sadly, worsening insecurity has made it practically impossible for most children, especially those in volatile areas, to attend school.

Closely related to education, as poverty eradication enabler, is the provision of basic health care. Even though the nation has legislated on the much-publicised universal health coverage, health services are not readily accessible and affordable for most Nigerians especially the rural poor. The World Health Organisation (WHO) estimated that about 80 per cent of Nigeria’s population has fallen into poverty as they struggle to pay hospital bills.

A World Bank report also noted that the number of poor persons in Nigeria will rise to 95.1 million in 2022 from the 89 million in 2020. With rising insecurity and inflation, the figure may well be more as the job space continues to shrink and farmers cannot go to farm for fear of either being killed or kidnapped.

Without meaning to sound like a broken record, we urge the government to be decisive in combating the threats posed by terrorists and other criminal elements, address the nation’s parlous infrastructure and, confront graft because these fuel the rampant poverty.

Many Nigerians lack education and access to basic infrastructure like electricity, safe drinking water, and improved sanitation. Rather than indulge in giving cash handouts with high chances of abuse, the three tiers of government must genuinely focus on provision of infrastructure and security.

Of Anarchists And Buhari’s Critics

Of Anarchists And Buhari’s Critics