by Innocent Odoh
in News, Business
0 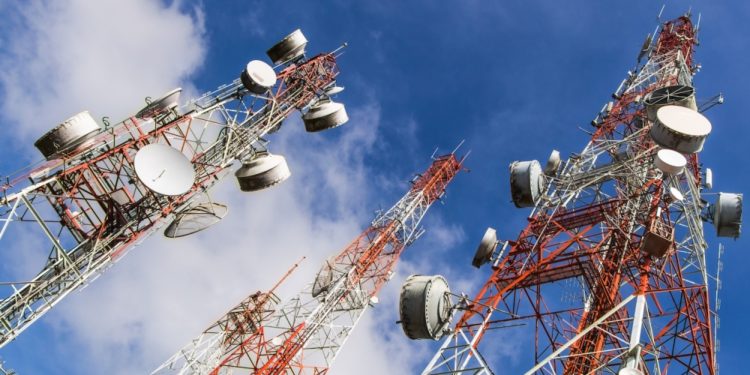 The federal government, the Association of Telecommunications Companies of Nigeria (ATCON) and other stakeholders in the telecoms industry have intensified efforts to hit the target of over 70 per cent broadband penetration in Nigeria by 2025.

Speaking during the conference in Abuja, the executive vice chairman of the Nigerian Communications Commission (NCC) Prof Garba Umar Dambatta in his presentation said that Nigeria has one of the largest telecom markets in Africa with an estimated population of over 200 million people.

He said that although the penetration is economically very challenging, it is an interesting asset to attract foreign direct investment to the Telecommunication industry.

“Therefore, enabling full connectivity and broadband access for a minimum of 70 per cent of the rapidly growing population is a vision/target that the Nigerian National Broadband plan (NNBP) seeks to achieve and surpass within the time frame of year 2020 – 2025,” he said.

At the launch of the NNBP in 2020, the Broadband penetration, which was largely driven by mobile technology, was slightly below 40 per cent. By December 2020, penetration of 45.93 per cent had been attained. As at April 2022, the penetration stands at 42.79 per cent.

According to the NCC boss, the reasons for fluctuation are quite obvious and that informed the strategic initiatives of the Commission to deepen the penetration of fixed broadband infrastructure which will guarantee very steady broadband services and provide higher capacity.

ATCON President, Engr. Ikechukwu Nnamani said the strategic objectives of the event are to complement the various strategic activities already embarked upon by the Ministry of Communications and Digital Economy and all the agencies under the ministry to achieve the set target of Broadband penetration in Nigeria with great speed.
He said also that it is to leverage on the wide spectrum of ATCON’ sub-groups for effective participation in the new Nigerian National Broadband Plan 2020-2025 by giving them the opportunity to access the plan and suggest various ways to speed up the realisation of the established target by the government and also serve as a veritable platform to galvanise the needed input that reflect the thinking of the telecom and ICT sector.

Lagos State Governor Babajide Sanwolu in his remarks said the National Broadband plan aligns with and is critical to his administration’s T.H.E.M.E.S agenda. He added that the NNPB does not connect only with the Making Lagos State a 21st Century Economy but resonates with all the other pillars knowing fully that technology is an enabler and cuts across all sectors.

“The impact on the Education and Technology pillar cannot be quantified, which is why as part of our metro smart city initiative, we have undertaken to connect schools and higher educational institutions to the internet. We have so far connected hundred public schools,” he said.
On fibre infrastructure, he said that his government has embarked on the deployment of High Density Duct pipes towards achieving its main objectives of creating a technology enabled and sustainable smart city.