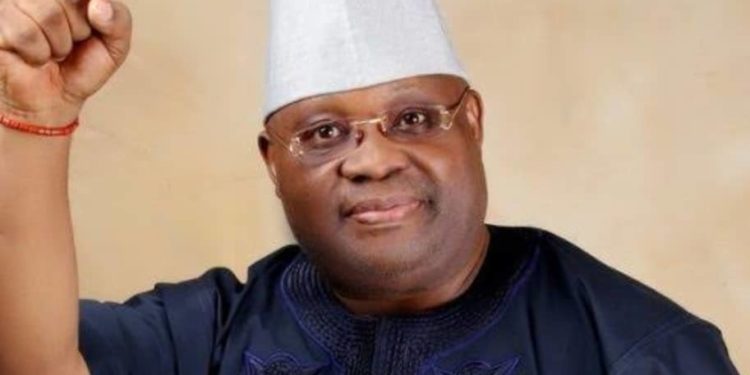 The PDP New Generation Youth and Women Campaign Council for Osun State governorship election has said that no amount of vote-buying and rigging will stop the candidate of the Peoples Democratic Party (PDP), Senator Ademola Adeleke, from winning the July 16, 2022 governorship poll.

A statement by the chairman of the youth and women campaign council constituted by a political support group, PDP New Generation, Dare Akinniyi, on Monday, said Adeleke will emerge victorious against all odds in order to change the Osun State narrative.

“On July 16th, the people of Osun will vote in their hundreds of thousands for Ademola Adeleke, the candidate who is the people’s choice and the most popular. No amount of voting suppression through intimidation by the APC and the present government can rescue them.

“It is over for the APC, as evidenced by his popularity and acceptance by local government officials, even in the APC candidate’s strongholds. We are confident that Ademola Adeleke, the Osun PDP candidate for governor in the upcoming election, is prepared to free the people from hunger and poverty, thanks to recent local government tours and rallies.

“In his agendas, our candidate has outlined objectives for the Osun people. The PDP must act urgently to save the state from the APC and the present Governor’s policies of poverty, hunger, and underdevelopment,” he said.

The campaing council qouted the PDP governorship candidate, Ademola Adeleke, as saying during the BBC Osun Gubernatorial Debate that many people in the state were suffering and senior persons were dying because the government was unable to offset their costs.

He added that Adeleke demonstrated that he was prepared for the task at hand and that he was mindful of the challenges that lie ahead.

“He has demonstrated that he is a successful businessman and leader who is prepared to change the course of Osun State’s future.

“We are aware of the APC’s efforts to scare voters and wreak havoc in our strongholds in order to reduce the number of ballots cast in their favour. We make it quite obvious that the Osun people have rejected the APC and find it unpopular.