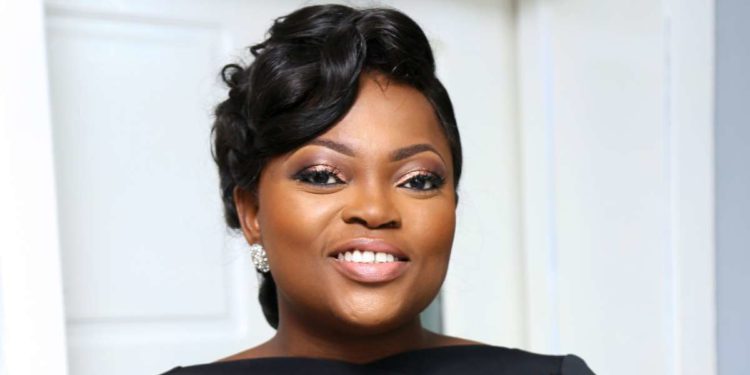 Funke Akindele has taken to the social media to celebrate her invitation to join the Academy of Motion Picture Arts and Sciences Award, noting that it was such a big deal for her to be honoured with the prestigious invite.

Taking to her Instagram page, Funke wrote: “Wow! I’m so happy getting an invitation as a member of THE ACADEMY OF MOTION PICTURE ARTS AND SCIENCES (class of 2022) under the category of ACTORS, is such a BIG DEAL. Thank you @theacademy @realchiomaude I’m so honored!”.

Funke Akindele alongside director, producer and writer Blessing Egbe, actor Daniel K Daniel, and Nigerian-born motion picture practitioner – Europe-based filmmaker Newton Aduaka, made the list of 397 members invited to join the Oscars as voting members both for the nominees and eventual winners.

Membership selection was based on professional qualifications, with an ongoing commitment to representation, inclusion and equity.

This year’s class of invitees included 71 Oscar nominees, and 15 winners.

Since Friday, congratulatory messages have been pouring in for the “Omo Ghetto Saga” actress who got an invitation to be a member of Oscar Awards.

A report by Kemi Filani news, said that Funke Akindele Bello had been serenaded with lots of love from Nigerians who were glad about her big feat in politics.

Funke Akindele added a great feat to her numerous achievements as she delved into politics.

The “Jenifa Diary” actress had been nominated as PDP Deputy for Lagos Governship Candidate.

The Lagos State chapter of the Poeples Democratic Party (PDP) had shortlisted five names as the potential running mate of the party’s governorship candidate, Alhaji Abdulaziz Olajide Adediran who is popularly addressed as Jandor.

In a video which did the rounds, the actress was seen in a car as street urchins serenaded her car chanting her praises.

They could be heard singing, “You are a winner”.