Get PVCs To Vote Out Expired Politicians, Bishop Urges Youths 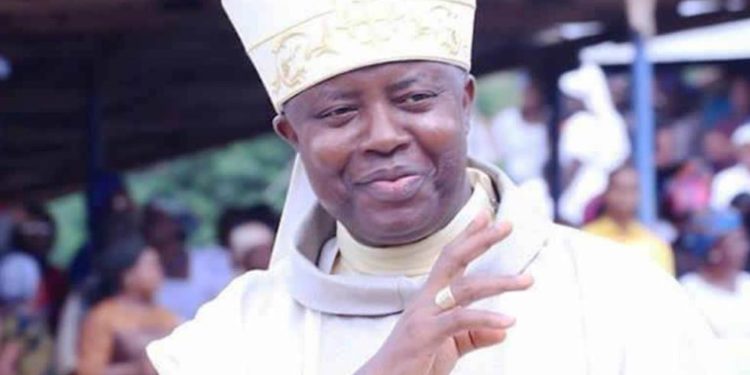 The Bishop of the Diocese of Enugu and the Archibishop of the Anglican Province of Enugu, His Grace, Dr. Emmanuel Chukwuma, has urged youths to pick up their Permanent Voter´s Card and vote out those he described as expired politicians.

He declared that the youths would determine the outcome of the 2023 general elections hence the need for them to pick their PVCs.
He appealed to those he described as “old cargoes” to retire and give the youths opportunity, adding that the church does not believe in “old cargoes” .

He spoke at a press briefing on the forthcoming Synod of the Enugu Anglican Diocese which would held at All Saints Church, GRA, Enugu.”The Youths will decide the result of the 2023 Election. The church does not believe in Old cargoes. We appeal to old cargoes to retire and become consultants and give the youths opportunity,” he stated.

The cleric commended President Muhammadu Buhari for signing the electoral act into law and urged him to leave a legacy of free and fair election before leaving office.

While stressing the need for free and fair election, he urged the Independent National Electoral Election (INEC) to play the role of unbiased umpire and conduct credible election come 2023.
He expressed worry over the alarming rate of insecurity in the country, saying the federal government has not done enough to protect the lives of people.

The man of God queried why it has remained difficult to arrest those behind the killings in the churches and other areas.
Chukwuma used the opportunity to condemn the abduction of clerics and advised churches to stop playing ransom to the hoodlums.