by Nse Anthony - Uko and Emmanuella Abah
in Business, News
0 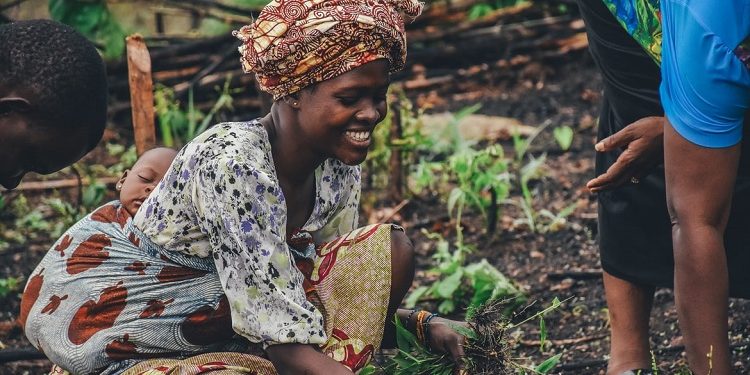 The issue of gender inequality in natural resource management the ECOWAS region will be brought to the front burner at a high-level policy conference organised by Global Rights in partnership with the Integrated Social Development Centre (ISODEC).

The four-day conference, slated for August 16-20, 2022, will address the role of natural resources management in reducing the widening economic and social inequalities in the Economic Community of West Africa States (ECOWAS) region.

The conference which is slated for August 16- 20, 2022 in Accra, Ghana, will draw in participants from five ECOWAS countries including Nigeria, Ghana, Sierra Leone, Burkina Faso and Senegal and has its theme, ‘Inequalities and Natural Resource Management in ECOWAS Region.’

Addressing a pre-conference meeting with stakeholders in Abuja on Thursday, executive director of Global Rights, Abiodun Baiyewu said the mismanagement of oil, gas and solid mineral resources over the years has led to a huge gap between the rich and poor in the ECOWAS region.
Using Nigeria as reference point, Baiyewu said that while the five richest Nigerians were worth $30 billion, millions of Nigerians were struggling to live above $1 per day.
She said “the amount of money the richest man can earn annually in Nigeria is sufficient to lift at least two million people out of poverty in Nigeria. While women represent roughly 50 percent of our population, 79 per cent of Nigerian women are poor, extremely poor and of this number 94 per cent are illiterate”.
She noted that this was happening in a country that is one of the richest in natural resources globally, adding that between 1960 to date about $30 trillion have been stolen from Nigeria’s treasury by government officials and their collaborators.
Speaking earlier, the co-chair of the meeting, and head, Communications and Advocacy, Nigeria Extractive Industries Transparency Initiative, (NEITI), Obiageli Onuorah pointed out that proper management of Nigeria’s natural resources would lead to reduction in poverty and corruption.
She explained that studies conducted by NEITI have shown that host communities of petroleum and solid minerals were the least beneficiaries of revenues from the resources.
Another co-chair of the pre-conference meeting, Tengi George-Ikoli of the Natural Resource Governance Institute stated that for a country that relies so much on natural resources for its revenues, Nigeria has completely mismanaged its earnings from the sector.
She noted that coming years will even be tougher for the country with the expected fall in the demand for hydrocarbons due to energy transition.
Both Onuorah and George-Ikoli were of the view that the country has a lot of work to do to bridge the gap between the rich and the poor in Nigeria.
Also speaking, the executive director, Centre for Transparency Advocacy, (CTA), Faith Nwadishi said Nigeria’s leaders must ensure that the country’s resources work for all Nigerians rather than just for a few individuals.
Organisers of the conference, Global Rights and ISODEC, noted that “wealth and income inequalities in West Africa are staggering. West Africa houses three of the ten wealthiest countries in Africa. In 2017, wealth held by individuals in West Africa’s wealthiest economy, Nigeria, exceeded $250 billion. Individual wealth held by the second largest economy in the sub-region, Ghana, exceeds $60 billion. A large part of this wealth is derived from natural resources. The inequalities in the distribution of this wealth are stark”
A development consultant, Charles Abugre, said the conference would determine the impact of natural resource governance from the government policies to reduce inequalities in the sector.
Among others, he said, the Conference would touch on lessons from community and women’s struggles in the natural resource governance area and strategies to strengthen government leadership in the sector.
The conference manager, Atieno Ndomo, said the goal of the event was to highlight policy pathways for the attainment of the SDG 10 through better natural resource management.
The outcome of the Conference, she said, was to prepare a technical paper, highlighting policy options for equitable development through transformed natural resource management.