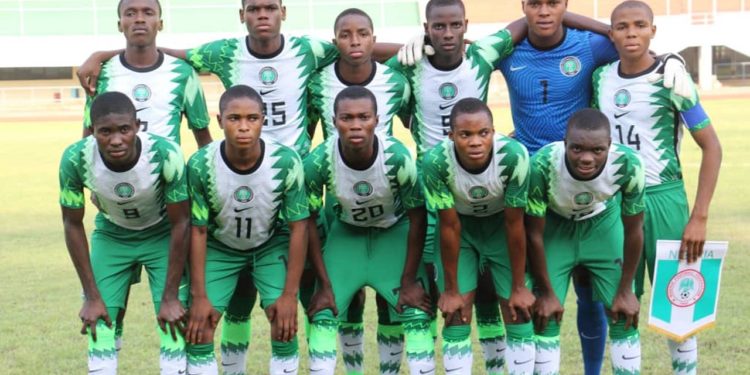 The Ibadan-based football club who are also preparing for an European tour of Germany and Sweden have been on a run of 30 games without a defeat before the game against the Eaglets.

In a keenly-contested battle, the Nigerian cadet national team showed grit, flair and solidity to stop their opponents from extending their unbeaten run to 31.

The technical crew started with tested players and also went on to introduce competing substitutes from the bench.

While it’s still early days, sources within the team alluded that the win was a confidence-booster for the team, as they get set to storm Ghana next week for WAFU B tournament.

Tripple 44 FC were recently involved in successful transfer of Olawale Peter, a member of the 2019 Golden Eaglets’ squad to the  U17 World Cup in Brazil Aland Emmanuel Adeyemo who currently plies his trade with the Portuguese outfit FC Vizela. He was scouted in 2019 after watching him in just 20 minutes and was offered a 4-year contract.

These are just a few among other transfers of players to Europe and the management believe that their trip to Europe will not only expose the players but also help secure contracts with European clubs.

Tripple 44 is a platform for young talented Nigeria footballers to attain their career dreams.

Orbitz Out With New Single IroNla

Orbitz Out With New Single IroNla