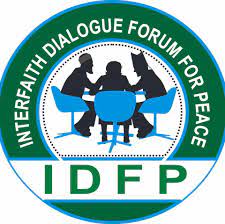 According to the Interfaith group, the massive kidnappings and killings over the years showed that Nigeria was fast becoming a failed state.

At a press conference on the state of the nation which was address by the Co-chairmen of the IDFP, Bishop Sunday Onuoha and Kunle Sani, the group also advised Nigerians not to be deterred by the activities of terrorists.

The Interfaith which described the attack and killing of Christian worshippers at a Catholic Church Owo, Ondo State, said they will not be deterred by the activities of bandits and corrupt politicians that are not doing enough to stem the killings.

“This press conference has been necessitated by the increasing cases of kidnapping and attacks on Nigerians in most parts of the country that result in massive destruction of lives and property. We have actually witnessed an upsurge in such violence in recent months.

“The inability of the government to secure citizens from these catastrophes is an indication that Nigeria is fast becoming a failed state. We are worried and apprehensive that no one seems safe on the road, railway tracks and even in their homes in a sovereign country with vast and sophisticated security architecture.

“We are troubled that government security agencies that are trained and commissioned to secure the lives and property of ordinary citizens seem impotent to deal with the huge security challenges,” the speaker, who is also one of the co-chairmen, Bishop Sunday Onuoha said.

“We regret that our commonwealth is used for the well-being of government officials, politicians, security agencies and workers with no positive impact on the security of lives and property of the citizenry.

“We are particularly troubled that these destructions now know no boundaries. Places of religious worship are no longer exempted. We recall the murder of over 40 defenseless worshippers in Owo, Ondo State, on Pentecost Sunday. In like manner, a Muslim woman and her four children were recently dastardly murdered in Anambra State.

Based on experience, we wonder if anyone will ever be apprehended and brought to book for these heinous crimes.

“We call on the government to do more than its usual condemnation of these killings and the issuance of condolence messages to injured victims and families of the dead, and take concrete steps to stem them,” the group said.

“We as religious leaders are resolute that we will not be deterred by the activities of bandits, kidnappers, extremists, corrupt public servants and other criminal persons and groups because they have destabilized and dislocated our various communities and undermined our unity. We reject as not part of us and not of God anyone who does these dastardly deeds in the name of any of our religions.

“We encourage tolerance, peace, patience and interfaith harmony and relations in Nigeria to make Nigerians live in peace for sustainable growth,” the group added.