by Hussaini Hammangabdo
in News, Politics
0 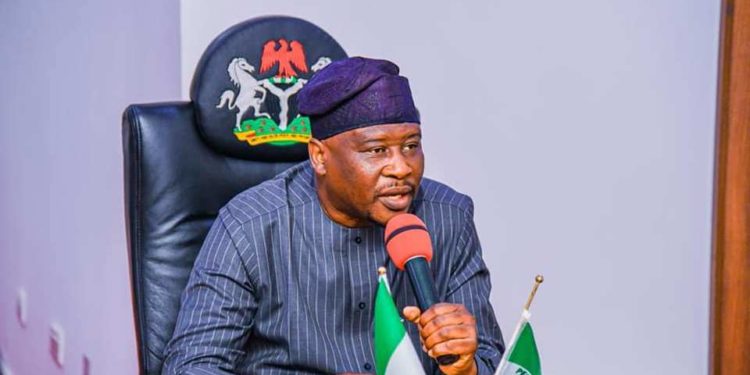 He used the opportunity to reiterate his administration’s commitment to strengthening institutions through upholding the creed of justice, fairness and equity, across all arms of government as a general principle of good governance.

He said, “Today, no institution requires the deployment of these principles as much as the Judiciary Arm of Government.

“This is premised on my avowed vision and commitment to make the tenets of democracy i.e. the rule of law, the bedrock of justice and equity so that the common man can have a genuine hope of better things to come.

“This is why this oath taking, should not be seen as a mere ceremony, or just a matter of formal procedure but a re-affirmation of each one of your Lordships’ commitment to serve God by serving humanity in the Temple of Justice.

“It is my fervent hope to see that by accepting to serve, you will work tirelessly to see that our courtrooms become Temples of Justice not that of despair, hopelessness and helplessness.

“I am confident that with your long sojourn on the lower Bench or in the Bar, whichever maybe the case, you all have what it takes to drive a new phase in our Judiciary.

“Indeed the cumulative effect of the oath you have just subscribed to precludes partiality or favoritism and professes neutrally in striking a balance on the scale of Justice.

“Thus, having accepted this call of duty, it is expected that transparency, discipline, efficiency should be the watchwords,” he said

On behalf of the new judges, Justice Ishaku Yakubu Haliru, said the judiciary being the last hope of the common man is always expected to operate in line with justice system.

Haliru commended Fintiri for supporting the third arm of government and pledged their dedication to duty.

Kano Youths Root For Abacha As Next Governor