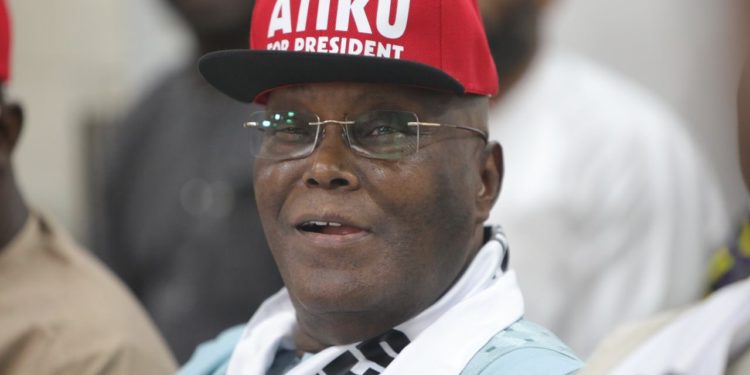 A political pressure group, Vision For A Better, Progressive and United Nigeria, is set to embark on a nationwide sensitisation tour to rally support for the Presidential candidate of the People’s Democratic Party (PDP) and former Vice President, Atiku Abubakar.

Briefing selected journalists in Abuja, during a media conference to flag off the tour, the National President and Secretary of the group, Comrade Peter Chinedu Akubuo and Alhaji Mustapha Zanna Gambo, said the decision was taken to sensitize Nigerians on the benefits of electing Atiku as Nigeria’s President come 2023.

The duo noted that apart from the tour to 774 local government headquarters, which is billed to take off in July, the group has also been mobilising eligible Nigerians for the ongoing voters registration to ensure that they participate in the coming general election.

The duo who declined to disclose the financial implications of the nationwide tour, noted that part of the intention is to educate Nigerians on the need to vote for a credible candidate that can get the country to work again.

According to a statement issued at the end of the media parley, the group said it intends to douse growing political and religious sentiments promoted by politicians and political parties, which he said is intended to pitch the electorate against objectivity.

The statement reads in part, “we have decided to embark on the nationwide sensitisation tour to tell Nigerians who the former Vice President and the PDP presidential candidate, His Excellency Atiku Abubakar is and what his presidency will mean for Nigeria and Nigerians.”

will also take advantage of the tour to correct the false narratives promoted by mischievous politicians against the former Vice President.

“It won’t be easy as it will be capital intensive and challenging considering the security situation across the country, but we are committed and ready to go any length to ensure that the right person is elected as President in 2023”.

It continued, “Our choice of His Excellency Atiku Abubakar cuts across party and religious sentiments, it is borne out of the current reality that Nigeria needs an experienced and strong willed President to navigate it at this trying period and among the lot seeking the office of the President in 2023, Atiku stands out as the most qualified and suitable.

“We will be taking the sensitisation to all the headquarters of the 774 Local Government Areas in the country and the message will be simple, let’s support Atiku as the best alternative for the country. The media as a critical partner will be carried along in the tour and it will be issue based and purposeful.”

On what the group has been doing so far to tackle voter apathy in the coming election, the statement disclosed that the group has invested millions of naira to mobilise eligible Nigerians to register to vote.

It added, “we are working seriously behind the scenes and we are not making much noise about it. For instance, we have spent millions of naira mobilizing Nigerians across the six geopolitical zones to get registered. You know that as a result of the security situation, the Independent National Electoral Commission (INEC) restricted the ongoing voter registration to Local Government Headquarters and this has posed a serious challenge for people living in the villages, so we have been providing transportation and other logistics to support the process.”