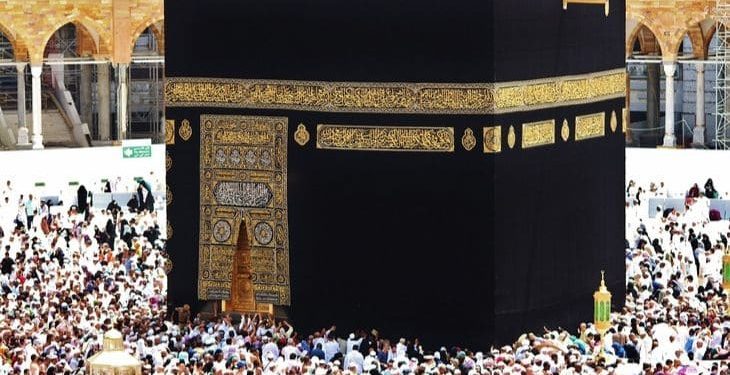 Ahead of the June 9 commencement of airlifting of Nigerian pilgrims to the Kingdom of Saudi Arabia for Hajj 2022, the federal government has been urged to provide maximum security at Hajj Camps and airports.

Independent Hajj Reporters, a civil society organisation that monitors and reports Hajj activities, made the call in a statement signed by its national coordinator, Mohammed Ibrahim on Sunday,

The organisation called for all-inclusive and coordinated security architecture to secure pilgrims Hajj camps across the country.
The statement said “As Nigeria prepares to airlift about 43, 000 pilgrims through about 12 embarkation points, we plead and urge the Federal government to provide round the clock security at Hajj camps and Airports that serve as embarkation points for Nigerian pilgrims.”
The CSO said the call becomes imperative in view of the fact that most Hajj camps are located outside city centres compelling pilgrims to travel a few kilometres to the camps and airports.

“We urge the federal government to raise the baseline for Hajj camps and airport security in pilgrims embarkation points by putting in place strengthened security measures, both seen and unseen.”
“In view of the current security challenges, NAHCON, States Muslim Pilgrims Welfare Boards, Security agencies, local security outfits, and other well intended individuals should collaborate to enhance the security of our dear pilgrims throughout this Hajj Period,” the statement added.

IHR specifically urge NAHCON to liaise with the Heads of Various Security agencies like the Inspector General of Police, Chief of Army Staff, Chief of Air staff, Director of State Security Service, Commandant of the Nigeria Security and Civil Defence Corps, and local security outfits to form an effective synergy towards providing security for pilgrims across the country.