by Isaiah Benjamin
in Business, News
0 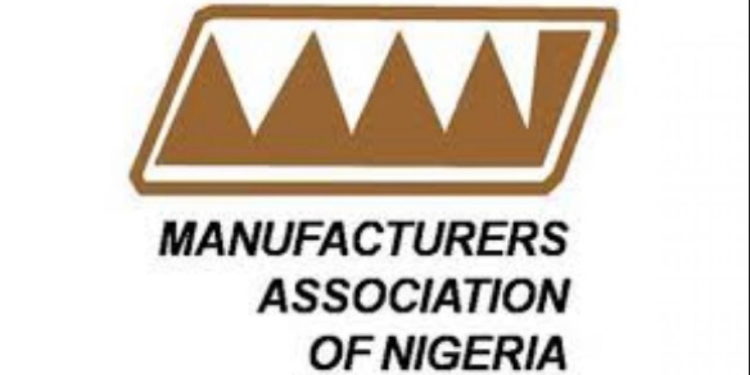 The Manufacturers Association of Nigeria (MAN) has appealed to the federal government to remove the 7.5 per cent Value Added Tax (VAT) on automotive gas oil (AGO) also known as diesel, pending the normalisation of the international supply system and also prioritise the allocation of foreign exchange to the manufacturing sector.

MAN said that insecurity, high cost of diesel and scarcity of forex are adversely affecting their productivity.

President of the association, Mansur Ahmed who made the appeal while speaking at the association’s 25th joint annual general meeting (AGM) in Kaduna, also urged the government to enforce, evaluate and monitor the implementation of the Executive Order 003 to improve the time taken to clear container/cargo at the ports to reduce the various port charges and remove demurrage for unduly delayed clearance.

Represented by the chairman, Bompai Kano branch, Sani Hussaini Saleh, the president called on government to urgently convene a strategic meeting with key operators in the Nigeria economic space to deliberate and craft a national strategic response to the disruptive impact of the ongoing Russian-Ukraine war on the global supply value chain and its debilitating impact on the economy.
According to him, “Government should remove the 7.5 per cent VAT on the AGO pending the normalisation of the international supply system and quickly resolve the complexity surrounding the seamless implementation of the eligibility customer initiative to enable manufacturers to take advantage of the standard electricity.”
“We believe that this will help to identify viable options to ameliorate the impact of the disruption, agree on ways to assuage other pain points on the business environment, activate innovative solutions to familiar and emerging macroeconomic and infrastructure challenges and generally point the director for resilience in the economic ecosystem.
“The government should prioritise allocation of foreign exchange to the manufacturing sector and that the CBN should direct commercial banks to transparently and diligently process Forex applications by manufacturers.
also important to improve the time taken to clear container/cargo at the ports to reduce the various port charges and remove demurrage for unduly delayed clearance.”
He therefore urged the government to enforce, evaluate and monitor the implementation of the Executive Order 003 to ensure compliance by MDA’s and this should be cascaded to the local and state levels.
He averred that the manufacturing sector has been acknowledged as the highest contributor to job and wealth creation, skill development and technology transfer adding that “It is therefore, imperative for the State government to institute a more effective and efficient consultative mechanism with MAN to ensure the sustenance of existing manufacturing companies, some of which have collapsed under the weight of overwhelming infrastructural and other challenges.”
Meanwhile, he commended the good initiative of the government in harmonising taxes and the rehabilitation of roads in the Kakuri Industrial Area and for granting approval for a piece of land to MAN to build its secretariat.
He implored the governor to look into the re-introduction of loading and off-loading tax by the state government, intensify efforts in tackling the problem of insecurity and institutionalise a process of engagement and collaboration between the government and MAN.
Chairman, North West, Kaduna branch, Umar Mala said manufacturers have been finding it difficult to access loans from financial institutions for retooling, expansion and working capital saying, “Some members are yet to fully recover from the impact of the COVID-19 pandemic.”
Earlier, Mr Raymond Anyanwu, Chairman South East (Kaduna Branch) also corroborated the call for the government to come to the aid of manufacturers, particularly in the area of foreign exchange which he said is going above the roof.

‘We Intend To Complete All Projects’

‘We Intend To Complete All Projects’