How Vaccines Cause Changes In Mentrual Cycles – Study 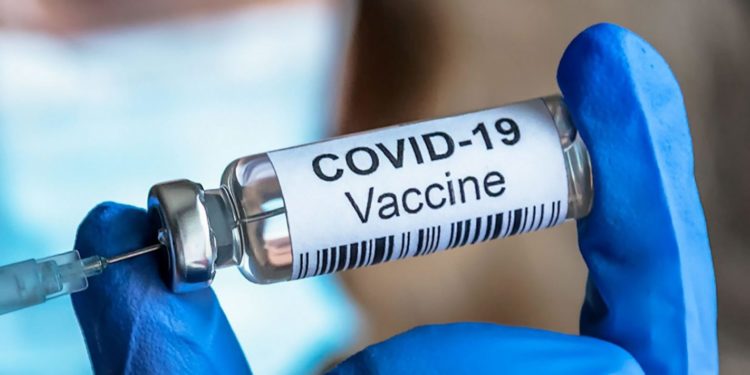 When adults gained access to COVID-19 vaccines last year, most knew to expect headaches, fatigue and soreness as side effects.

But some researchers think it’s time to add another common one to the list: temporary menstrual changes.

An analysis published Friday in the journal Science Advances found that 42 per cent of people with regular menstrual cycles said they bled more heavily than usual after vaccination.

Meanwhile, 44 per cent reported no change and around 14 per cent reported a lighter period. Among non-menstruating people — those post-menopause or who use certain long-term contraceptives, for example — the study suggests many experienced breakthrough or unexpected bleeding after their COVID-19 shots.

The survey included over 39,000 people 18 to 80 years old who were fully vaccinated and had not contracted COVID-19. The study authors cautioned, though, that the percentages do not necessarily represent the rate of menstrual changes in the general population, since people who observed a difference were more likely to participate.

The new survey started in April 2021, around the time people began to report unexpected bleeding and heavier flow post-vaccine. However, these anecdotes were at the time met with the rebuttal that there was no data linking menstrual changes to vaccination.

That was both true and indicative of a larger problem. Individuals who took part in COVID-19 vaccine trials were not asked if they experienced menstrual changes.

“Before the vaccinations came out, I would say our knowledge on the subject of the connection between immunization and menstrual changes, in general, was nil,” said

Candace Tingen, a program director with the gynecologic health and disease branch of the National Institute of Child Health and Human Development. Tingen was not involved in the recent survey.

Overall, few studies assess the direct effect of vaccination on the menstrual cycle, and most pharmaceutical trials have not included questions about changes to menstruation.
Tingen views this as a mistake. Perhaps, she said, if Covid-19 vaccine trials had asked about menstruation, people would not have been surprised — or frightened — by this unexpected side effect.

“It was really this lack of information that I think caused confusion, fear and perhaps vaccine hesitancy,” she said.
Study co-author Katherine M.N. Lee said that overall, menstruation is understudied when it’s not relevant to pregnancy.

“It gets ignored because of the structure of science,” Lee, an assistant professor at Tulane University, said. “There are very few senior people in science and medicine who are not white men. It’s just not something they are thinking about as part of their lived experience.”

Lee and her colleagues were inspired to ask people about their menstruation cycles after being vaccinated after seeing both friends and strangers online wonder why they experienced an unexpected change.

The survey group included more than 3,500 people who identify as gender diverse. Approximately 84 per cent of participants were white, and none were between the ages of 45 and 55 because the researchers didn’t want to include changes associated with perimenopause, when the body begins the transition to menopause.

The respondents were vaccinated with Pfizer, Moderna, AstraZeneca, Johnson & Johnson and Novavax.