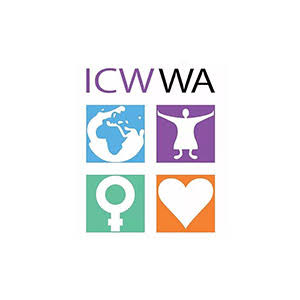 The International Community of Women Living With HIV, West Africa (ICW-WA) has tasked governments in the region as well as policymakers and duty bearers on a review and update of the Anti-discriminatory and Patients’ Rights Act and Laws.

They also called on the government to prioritise the integration of Inadequately Served Population (ISP) such as People with Disabilities (PWDs) into the society.

The call was contained in a communique signed by the regional director of ICW-WA Mrs Assumpta Reginald yesterday in Abuja at a national dialogue meeting with stakeholders from Senegal, Sierraleaone, and Nigeria.

The communique stressed the need for active support policies for inclusion and meaningful engagement of women, youths, PWDs, and other special needs citizens in all decision-making processes, planning, and implementation.

It also stressed the need for the establishment of policies and training of healthcare providers that will prioritise their special needs in existing healthcare services.

The dialogue said it was paramount for the federal government to enable accessibility for PWDs urging Nigeria to take a cue from other West African countries with deliberate and intentional strategy for disability inclusion.

It also stressed the need to sensitize and interact with religious and community leaders and also mobilize the media to be involved in all activities.

It added that the media have a pivotal role to play in the fight against AIDS as it is often said that education is the vaccine against HIV.

It stressed the need for sign language interpreters on TV for the hearing impaired, accessible buildings and parking lots at government agencies, banks, and shopping malls amongst others, saying that PWDs deserved a more dignified life than the beggarly status the society place on them.

It lamented that there are no sign language interpreters on national TV in Nigeria like we see in other African countries.

It said having that is inclusivity because everyone will be well informed.

The communique said offices, banks, and shopping malls should be accessible to PWDs because they are part of the society too.

It further noted that people should not assume that PWDs are beggers rather they should advocate for an enabling and inclusive environment for them else Nigeria would be left behind in growth.