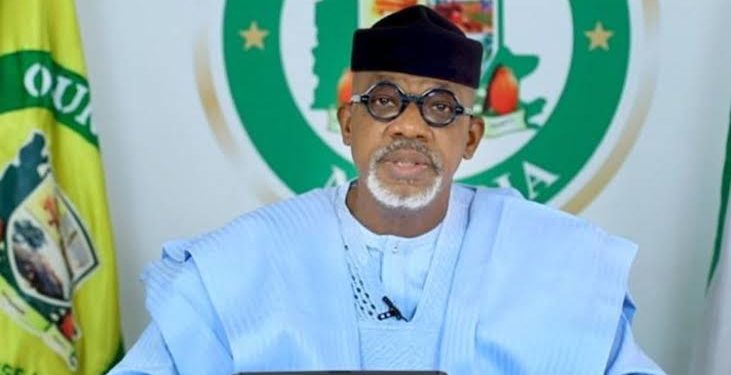 The recent lamentation by the Ogun State Government, about the proliferation of illegal traditional rulers in the state suggests that even the nation’s revered institution is not immune to the bug of tendencies that make a mockery of some of the nation’s ideals.

Governor Dapo Abiodun told the third Quarterly Statutory Meeting of the Ogun State council of Obas that some people are securing fake appointment letters and parading themselves as monarchs without following laid down procedures as stipulated by the laws governing the traditional institution in the state.

There is no contesting the fact that the nation’s traditional institution has a revered history with the traditional rulers rightly playing the fundamental role of the custodians of the people’s cherished culture.

Time was when most traditional rulers were literally worshipped, their directives obeyed hook, line and sinker. Whatever instructions they gave was taken with utmost regards and seriousness because they commanded the respect of virtually all of their subjects.

Indeed, the disclosure by Governor Abiodun is as disturbing as it is distressing because it demonstrates how low we have sunk as a nation. From all indications, we appear to be a people where anything goes. If not, how else can one explain the trend of events as we currently witness with the proliferation of fake certificates, fake teachers, fake clerics, ghost workers and, now, illegal traditional rulers.

It is disheartening to note that no sector in the nation today is immune to this menace of fakery. Virtually everything and anything can be forged in Nigeria including fake business registration. Quite strangely, operatives of the Nigerian Police Force in Lagos, recently, busted a fake Corporate Affairs Commission (CAC) registration centre where forged CAC documents pertaining to business and company registration were recovered.

Only recently, too, the National Commission for Colleges of Education (NCCE) disclosed that no fewer than 200 institutions across the country currently award Nigerian Certificate in Education (NCE) without approval.

NCCE’s Executive Secretary, Professor Paulinus C. Okwelle said some universities, polytechnics and colleges run NCE without approval thereby running foul of the extant laws. Needless to say that this is happening at institutions that are expected to award certificates upon finding a student worthy in both learning and character.

Nigerians, specifically the unscrupulous ones- and we have them in millions, are fascinated with illegality and nothing fuels this penchant for lawlessness like the knowledge that one can get away with it.

However, more than anything else, the latest disclosure by the Ogun state government is suggestive of the rot in the traditional institution, which should worry the Nigerian council of traditional rulers and indeed, all well-meaning Nigerians.

We recall that from the start of banditry, which has continued to make life brutish for residents of some North West states to date, no fewer than ten emirs, district and village heads have been suspended in Zamfara, the epicentre of banditry, and Katsina states, for allegedly aiding banditry.

Only recently, the Emir of Sabon Birnin Yandoto Emirate Council of Tsafe local government area of Zamfara State, Aliyu Garba Marafa, even had the temerity to confer chieftaincy title on a wanted bandits’ leader who has killed scores of innocent Nigerians.

There is no contesting the fact that the traditional institution has been infiltrated by some bad elements whose actions have continued to ridicule the institution. This is compounded by the craze for titles and self-glorification.

Perhaps, it is pertinent to note that the traditional institution, like most institutions in the country, is desirous of total overhaul. It is increasingly becoming clear that as it obtains in other sectors of our national life, some persons, who are not fit to be traditional rulers, have unfortunately found their way into this revered institution. As should be expected, this has continued to put the institution in disrepute. If the current trend is not urgently brought to a halt, the minutest respect with which the traditional institution is held will disappear. And that will be sad indeed.

As for the shame in Ogun, beyond sounding as if he is helpless, Governor Dapo must ensure all those behind it are not only named and shamed but also fully prosecuted to serve as deterrent to those wishing to do the same. The nation cannot afford a tainted traditional institution.