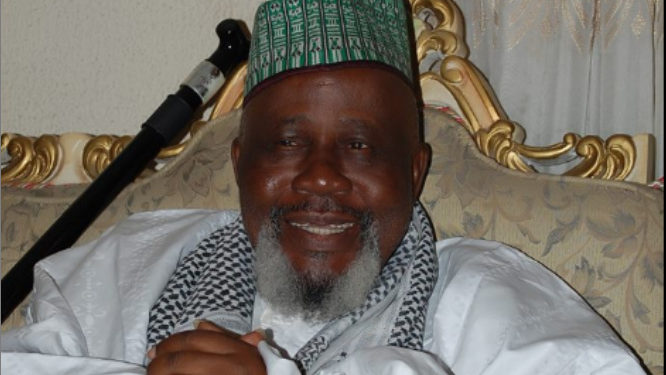 Nigerians and their leaders have been urged to learn from the legacies of the pioneer chairman of the Independent Corrupt Practices and Related Offences Commission (ICPC), the late Justice Mustapha Akanbi, in fixing the country.

In his goodwill message, the director- general of MINILS, Aremu, described the late jurist as a very good lawyer and a very good judge.

“He was very optimistic about Nigeria, about Africa. He believed things can be better. He was not happy about the Nigerian situation, but he believed we could fix it. I’m following Baba’s footsteps in running MINILS. He taught us not to complain, but to strive to make things work. He left us with the power of prayer,” Aremu added.

He asked Nigerians and the Nigerian leaders to imbibe the late Akanbi’s ‘therapy’ that we should stop complaining about Nigeria’s problems but rather should strive to fix things by finding solutions to the identified problems.

An associate of the late jurist and chairman, Mustapha Akanbi Foundation (MAF), Dr Mudashiru Salami said : ” Baba believed everyone can excel if he works hard and is upright.

The coordinator of MaaSalam Islamic Foundation,Alfa Olohuntoyin which organised the prayer session said the late Justice Akanbi founded the organisation in 2009 to assist the needy.

“We have built mosques for people, public toilets and we have freed prisoners by paying their fines,” he added.

The vice-chancellor of Kwara State University (KWASU), Malete, Prof Muhammad Mustapha Akanbi, said their late father taught them how to live independently by upholding the virtues of hardwork, prayer and integrity.