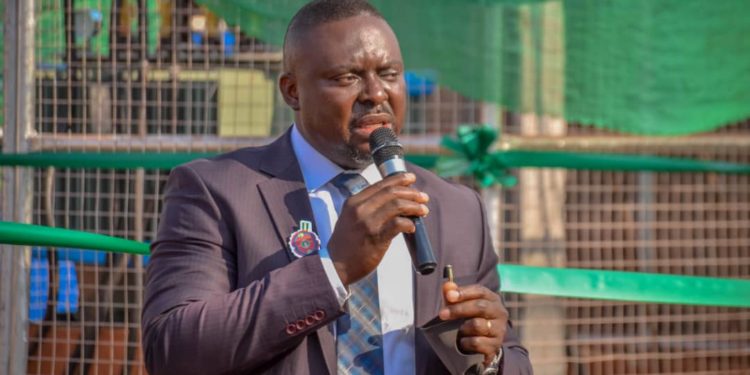 President of the Ratels Sports Development Foundation (RSDF), Barrister Paul Edeh, has congratulated the Nigeria Football Federation (NFF) for the national U17 female football team, Flamingos against Ethiopia and qualification for 2022 FIFA U17 Women’s World Cup slated for India.

RSDF boss, who spoke when he visited and gave the team financial support in Abuja shortly after their match against Ethiopia on Saturday, commended the NFF for their untiring efforts especially in ensuring that young talents are harnessed from the grassroots alongside its initiatives in encouraging various state Football Associations (FAs) to thrive.

He said NFF as one of the busiest football federations in Africa needs all the support from the private sector and individuals.
The philanthropist and girl-child advocate then charged the team to further make the country proud by winning the upcoming U17 women’s World Cup finals in India.
Barr. Edeh who is also the proprietor of one of the fastest-rising women football clubs in the country, Naija Ratels FC, had earlier gifted the team the sum of N700, 000 for the goals they scored.

The team scored six goals against Egypt in the third round and one goal against Ethiopia in the final qualifier which led to their eventual qualification after playing a 0-0 draw in Abuja on Saturday.

The RSDF boss then donated the sum of one million naira (N1M) to both the players and officials of the team.
“First, I want to congratulate the NFF for all they have been doing to support you which made Nigeria proud. I cannot conceal my joy for the feat you achieved today. I have always maintained that the future of football in Nigeria lies in the development of the game from the grassroot. Most of you came from academies and today, you achieved excellence. You are indeed the future of Nigerian women’s football. Keep making us proud,” Barr Edeh said.

Responding, captain of the team, Alvine Da Zossu, thanked NFF for their support which is beginning to attract passionate individuals to identify with them, adding, “We promise to go to India and bring back the World Cup.”
The Flamingoes will be playing in the FIFA Women’s Under 17 World Cup billed for India from 11th to 30th October 2022.