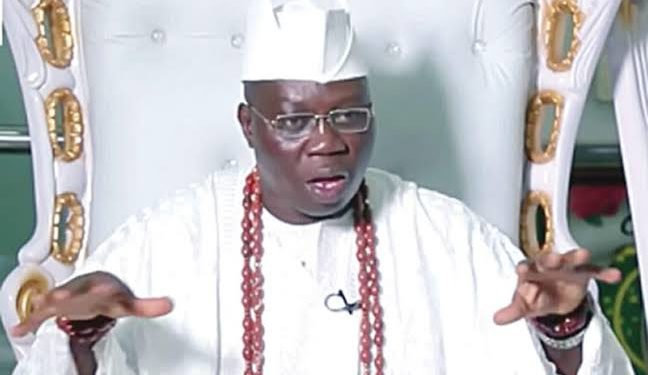 Aare Onakakanfo of Yorubaland, Iba Gani Adams has warned that high spate of insecurity and dwindling economy are setting Nigeria up for a dangerous tailspin.

Adams who spoke at the 2022 Osun Osogbo festival, said the spiraling inflation, rising energy costs, scarcity of foreign exchange and dwindling value of the naira are bleeding the nation ‘s economy.

He charged President Muhammadu Buhar to be proactive in resolving the security and economic challenges facing the nation with pragmatic reforms.

“It is genuinely difficult to fix the Nigerian economy with the present approach, hence the need for the Federal Government to embark on holistic economic reforms,” he said.

Harping on Osun Osogbo festival, Iba Gani Adams commended the huge turnout of devotees and tourists,noting that the annual fiesta ranks among the most celebrated festivals in the Southwest of the country.

He urged traditional rulers in the region to promote the various festivals in their respective domains.