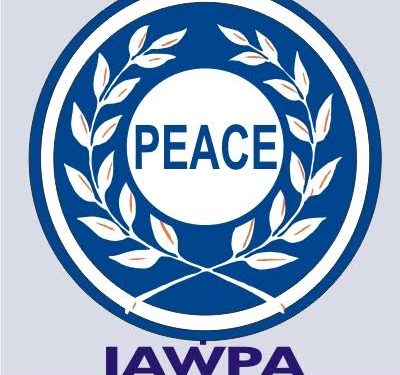 As the country experience multiple terrorist activities over the week, a frontline international peace organisation International Association of World Peace Advocates IAWPA has condemned the attacks which it says is projecting the country in bad light. The organisation also said at this stage of insurgency, it is important that a peace and security Stakeholders Conference be held in order to ensure that the issue of insecurity is addressed before the 2023 General Elections.

A statement by the International Spokesman of IAWPA, Amb. Dr. Emmanuel Nkweke said the organisation which has a UN ECOSOC CONSULTATIVE STATUS since 2019 said it will begin reaching out to various Stakeholders on peace and security towards ensuring the success of the conference or summit.

In a related development also, Her Royal Highness, Amb. Temitope AJAYI aka Mama Diaspora has also advised Nigerian women to seek the presence of God for a peaceful prayer for peace and unity in the country while also urging youths to shun all forms of violence because it will not in any way help in advancing the collective pursuit of peace which is vital in making Nigeria a great nation. Amb. Ajayi who is a strong advocate of peace in Africa has used her position as a prominent peace advocate to pursue peace in the continent especially in Nigeria. She decried the incessant attacks on worship places and stressed the need for the authorities to be more proactive in pushing for a secured Nigeria.

The statement according to the International Association of World Peace Advocates IAWPA said it will be dangerous for the country to head into the 2023 elections with such state of insecurity especially considering that there has been an upsurge among Nigerians to participate in the forthcoming elections in the country.

“The recent attacks in Shiroro, Niger state, the attack on the advance team of the presidential team in Katsina which led to the death of two personnel as well as the Kuje prison are bad signals which must not be swept under the carpet. This is why we are putting efforts among our members within and outside the shires of the country to ensure that this condemnable acts do not spiral” the statement said.

It will be recalled that Amb. Nkweke who just came back from Uganda after the launch of the Peace Back project in the country, made a strong statement as regards the promotion of peace in the war torn country. The launch of the project in Kampala, was very successful something he said the organisation will help replicate in Nigeria if it’s proposal for for a peace and security conference gets the nod of the powers that be.

7 Incredible Health Benefits Of Strawberries And Why You Should Eat More... Click Here For Details
Tags: IAWPA
SendShareTweetShare
Previous Post