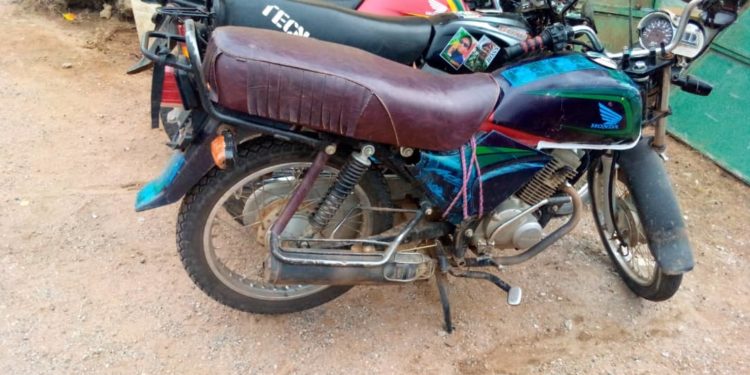 Amalgamated Commercial Tricycle and Motorcycle Owners, Repairs and Riders Association of Nigeria (ACOMORAN) has warned that the proposed ban of commercial motorcycles throughout the country will throw 40 million Nigerians into the job market.

The commercial motorcyclists said the ban would create a worst monster than terrorism.
Addressing a press conference yesterday in Abuja, the national president of ACOMORAN, Samsudeen Apelogun, said the association has membership base about 12 million nationwide, with 6 million adequately registered.

He urged the federal government to jettison the idea of banning the use of motorcycles nationwide, saying it would be counter-productive in the long run.
Last week, minister of justice and attorney-general of the federation Abubakar Malami announced that the federal government might be compelled to ban the use of motorcycles popularly called Okada and mining activities because they were major means of movement for bandits and source of amassing ransom from kidnap victims.
The decision was taken by the National Security Council after a meeting in Abuja chaired by President Muhammadu Buhari
Malami said those using motorcycles as means of transport were not up to 20 per cent of the country’s population, adding that if that percentage is made to sacrifice “I think that sacrifice is not too much and is worthy of being considered”.

Apelogun equally warned of the economic and security implications, saying besides impoverishing millions of Nigerians, it would further compound the anti-social vices government is trying to contain.

The leadership of ACOMORAN said the government lacks effective security architecture, hence should overhaul their intelligence gathering mechanism, rather than creating another monster that will ultimately add salt to the injury.
Apelogun said, “commuters see motorcycles as a relief to their transportation problems while motorcycle riders see their adventure as a source of livelihood. Without a doubt, the use of motorcycles has enhanced mobility for the middle and income earners which by extension has contributed to an increase in production through an increase in man hours.
“Let me put it on record that from experience, 95 per cent of those you see riding motorcycles are doing it because they don’t have better options but they don’t want to take to crime.
“If 10 million of these 40 million people they plan to render jobless take to crime, can the government contain them? If you attribute the movement of terrorists to motorcycles, don’t criminals operate with vehicles? When terrorists regrettably attacked Kuje prison, was it the motorcycle riders that caused the failure of intelligence gathering?
“If they rode motorcycles there, how were they able to beat all the security checkpoints to get to such a fortified facility? Was it motorcycles that made it possible for them to overpower the security agents attached to the facility? Are motorcycles also responsible for the late re-enforcement?”

Apelogun advised the government which he noted is at its twilight, “to concentrate on how to alleviate the agonies of the citizenry against this move that will further compound their pains.”

The ACOMORAN president provided some practical ideas on how to fight criminality.

“First, the government should revive the economy for businesses to thrive. Today, the naira exchanges at N630 to a US Dollar, and this deals a terrible blow to businesses. The epileptic natures of our power supply have grounded many small-scale industries thereby making it difficult for artisans to operate.

“If a solution is found to power supply today, I am very confident that many of the youths who are involved in criminality will be gain-fully employed or engaged.

“In summary, if the government can provide a stable power supply, organize the Bank of Transportation to cater to the transportation sector, revive our economy, make naira exchange at a reasonable rate against the dollar and other foreign currencies, provide infrastructure and an enabling environment for businesses and investors to drive or ply their trades as well as provide security agencies, especially the police that is in charge of the enforcement of law and order with the need d tools and motivation. To work, the rate of criminality will drastically drop to a minimal level,” he said.

Finance Minister To Brief Govs On State Of Economy

Finance Minister To Brief Govs On State Of Economy