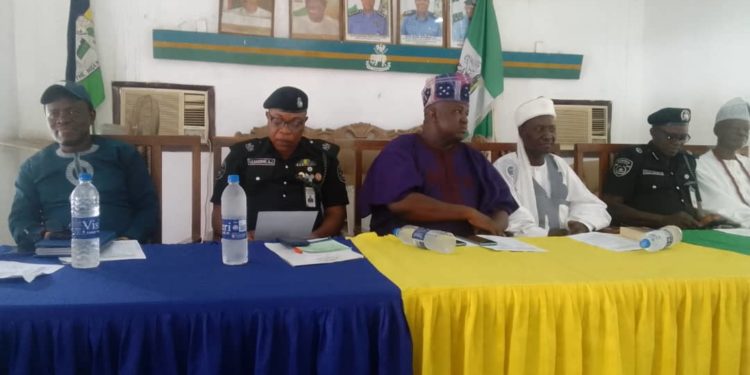 Stakeholders, including the Police and officials of the Police Community Relations Committee (PCRC), on Tuesday, have blamed the nation’s insecurity challenges on the unwillingness of Nigerians to provide the security agencies with useful information on security breaches in their localities.

Declaring the seminar open, Kwara State commissioner of police, Asayamo, blamed the prevailing security breaches in the country on the failure of Nigerians to volunteer useful information that could assist the police in fighting crimes.

Represented by the Assistant commissioner of police in charge of Administration, Oyeleye Adegboyega, Assayomo said: “Security problems are created by the society and the best way to tackle them is for the members of the society to assist the police with useful information.

“The task of maintaining peace and security is an herculean task that cannot be handle by the police alone. The police is not large enough to be everywhere, we cannot be in every home, every streets but Nigerians are everywhere and we recognised that without the imput of the public, security will fail.”

National chairman of CPRC, Dr Faruq Abdullahi Mai Yaman in his address, charged members of the committee to “source and provide intelligence information” that will assist the police in fighting crimes.

He also charged them to gain the confidence of the police for the public and promote the image of the Nigerian police force as an institution.

He said the PCRC was established 38 years ago to “work with the police by providing them with information that wil enhace peace and security “.

Earlier, the state chairman of PCRC, Alh Adebayo Lawal, said the members of the committee would continue to help the police with credible information that would ensure peace and security in the state.