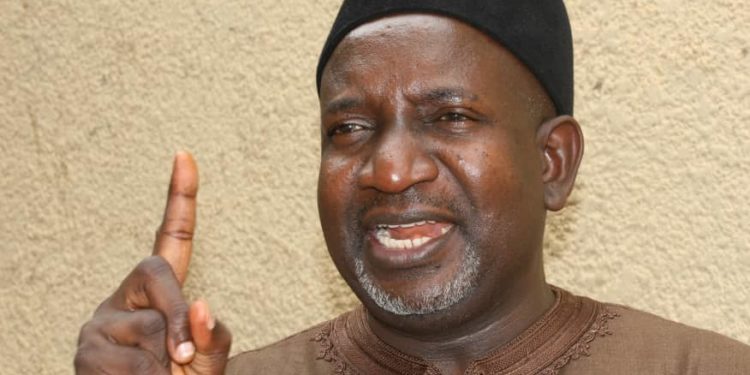 Nigeria is a multi-religious country of more than 200 million people who are Muslims and non-Muslims. Hence, one can say that the country is owned by more than 200 million citizens who are of diverse religious backgrounds. In order to be just to all the citizens of the country, and also to balance the apparent religious sentiments prevalent in the country, Nigeria’s politicians and its major political parties have avoided fielding same-faith presidential candidates since the present political dispensation from 1999.

In any event, the combination of people of different religious backgrounds, on a presidential ticket, appears to give vent to the constitutional requirement that the composition of the federal government and its agencies should reflect the federal character of the country, and the need to promote national unity, thereby ensuring that there is no predominance of sectional groups in the government, as enshrined in Section 14(3) of the 1999 Constitution of Nigeria as amended.

The combination of a Muslim and non-Muslim, in a presidential ticket, in Nigeria of today, also gives vent to the spirit of justice, fairness and equity as enshrined in the religion of Islam. Remember, the country is for the Muslims and non-Muslims alike. The religion of Islam orders the sincere administration of justice, on all, regardless of any distinction, be it religious, ethnic, geographical, tribal, inter alia. The religion enjoins its adherents to always stand for justice as a matter of principle, whether for Muslims or non-Muslims, even if justice should side against them. The Quran says: “and do not let the hatred of a people prevent you from being just” (Q5:8). As a Muslim, one is enjoined by the religion to only love for mankind, regardless of any social difference, what they love for themselves. I don’t think there is a Muslim who will support a Christian-Christian presidential ticket. Undoubtedly, the Muslims would cry out for the perpetration of injustice against them. Hence, it’s wrong for a Muslim to support a Muslim-Muslim presidential ticket as it is at variance with the spirit of justice which the religion of Islam promotes and defends at all times.

Those promoting the idea of a Muslim-Muslim or Christian-Christian presidential ticket, in today’s Nigeria, do not wish the country well especially now that it is divided along religious fault lines. I wonder what the country would be should the various agitations in the land assume a religious dimension. No religion has the monopoly of qualified people who have the capacity to serve as running mates to presidential candidates if merit should be the parameter for the nomination of running mates. Undoubtedly, both Muslims and non-Muslims, in Nigeria of today, are endowed with capable and qualified persons for the offices of the President and Vice-President alike. Consequently, justice, fairness and equity, as enjoined by the religion of Islam, demand that a Muslim presidential candidate should nominate a non-Muslim as their running mate, and a non-Muslim presidential candidate should nominate a Muslim as their running mate, in Nigeria of today, for the sake of the promotion of national unity and cohesion.

To balance the geographical and ethnic sentiments in the country, our politicians and major political parties have never contemplated fielding candidates of the same geographical and ethnic leanings. In other words, they have never fielded a north-north or a south-south presidential ticket. It is common sense and the appreciation of Nigeria’s religious diversity to abhor and discourage a same-faith presidential ticket. The unity of our beloved country, Nigeria, should be the priority of all Nigerians, not winning elections at all costs. It is a very disheartening commentary on our politics that some of our politicians are thinking of strategy and stratagem to win elections, even if they lose the country in the end. There should be no desperation to use sophistry to win an election and lose the only country we have. Presently, the level of distrust and suspicion between the Muslims and non-Muslims, in Nigeria, has become very high as to make it implausible, unrealistic and unwise for any political party and presidential candidate to field a same-faith presidential joint ticket.

Allah (S.W.T) has forbidden any form of injustice for Himself, and has also forbidden it for His servants. Hence, our politicians should, at all times, make concerted efforts to be just to all groups of people with a view to defending the unity of our dear country, Nigeria. For a political party to have Muslims as its National Chairman, Presidential candidate and Vice-Presidential candidate, such a party is indeed not in a position to say it promotes and defends the spirit of justice, fairness and equity.

* Sheikh Maraya is a former Special Adviser to Kaduna State Governor On Islamic Matters and Hajj.