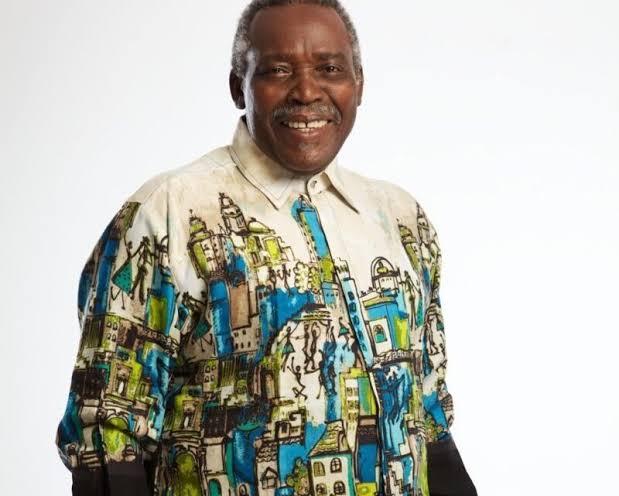 Stakeholders and practitioners in the movie industry have felicitated and praised the iconic thespian, Olu Jacobs, ahead of his 80th birthday anniversary

Veteran actor, Adebayo Salami, who responded to a post by the celebrant’s wife, Joke Silva, about her husband’s 80th birthday slated for Monday, July 11, posted on his Instagram, thanking God for a legacy which Jacobs has bequeathed the film industry.

“I felicitate with the Jacobs on the 80th birthday celebration of a veteran with enduring legacies,” says Salami.

Joke Silva, on Monday had shared a throwback picture of her husband and captioned the photo, “Who has the foggiest idea who this handsome young man is? #80th birthday loading.”

Following her post, different Nollywood stars pouted out commendations and eulogised the veteran, who started his acting career abroad starring in ritish drama series and movies before returning to Nigeria.

Yul Edochie wrote, “When I started my acting career in 2005, one of my biggest wishes was to be on set with the Legendary Uncle Olu Jacobs. I finally got that opportunity many times and I learnt so much from him. And I’ll forever be grateful.

“A very happy 80th birthday to you Sir. May God be with you always. We love you.”

Femi Adebayo, an accomplished actor and the son of Adebayo Salami, wrote, “I celebrate a living legend of arts and entertainment on his 80th birthday. Pa Olu Jacobs is a leading light for many of us thriving in the trade of creativity.

“It is our prayers that God continues to bless your household exceedingly. Happy birthday icon.”

Saheed Balogun said, “Happy birthday to our greatest legend, Daddy Olu Jacobs, we are really proud of you Daddy.”

Legendary Nollywood actor Olu Jacobs was born in 1942. He has featured in the British TV series and was relatively among the founding fathers of Nigerian film industry.

He got married to a Nollywood actress, Joke Silva.

When asked why his wife still retain her maiden name instead of his, he responded: “She is her own individual. When I met her, she was an actress known as Joke Silva, so why should marrying me now deny her and her audience her name? She is Miss Joke Silva who is Mrs. Joke Jacobs. It is as simple as that. People now begin to say what they like. They have even written that we are separated and all sort of stuff. When she is working, she is Joke Silva but she is Mrs. Joke Jacobs at home.”

He was rumored to have died in 2021. His wife debunked the rumour and later disclosed the situation of his health as ‘dementia with Lewy bodies’.

He won Lifetime Achievement Award at Afriff held in November, 2021.