It Will Be Very Difficult To Rig 2023 Polls, Says Katsina APC Gov’shp Candidate 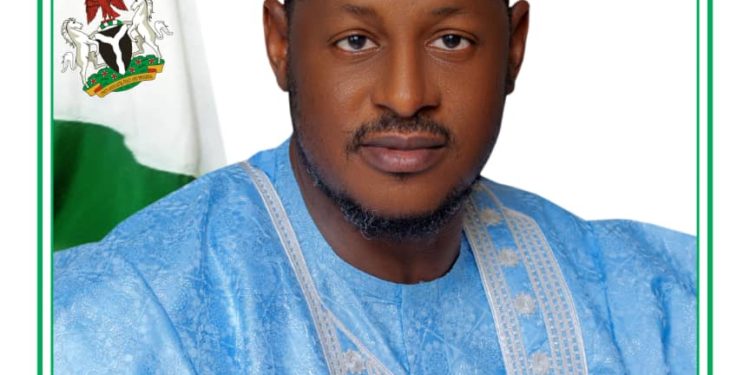 The governorship candidate of the All Progressives Congress (APC) in Kastina State, Dr Dikko Umaru Radda, has said the 2023 general election would be quite difficult to rig.

According to him, the new Electoral Act recently signed into law by President Muhammadu Buhari has made it possible for election result to be transmitted electronically from the polling units to the central collection unit, making it impossible for people who block roads to collect result sheets and change everything to carry out their criminal activities.

He however expressed confidence that the Independent National Electoral Commission (INEC) would conduct free and fair polls in 2023.

Radda, who is the director-general of the Small and Medium Enterprises Development Agency (SMEDAN), said he has reached out to all other governorship aspirants who contested against him to ensure inclusivity.

The APC governorship candidate who spoke in Abuja on Tuesday noted that he is popular enough to win he forthcoming governorship election in Kastina State.

He said, “I don’t think so and will not share that sentiment. I think the 2023 general election will be the most credible poll. Why? Because there is a new electoral law. And the new electoral law allows the transmission of results through from the polling units to the central collection unit. That makes it impossible for people who block roads to collect result sheets and change everything.

“Even if you block the roads and collect everything and change the results, it will not change anything because the result is already on the website. And everybody in the world has access to the result.

“I think it will be one of the most credible elections. Even from the party primaries, you cannot contest an election under two political parties at one election. That has stopped people from coming to the party.

“If they cannot find their way they would have to go to another party. But that is bringing a lot of sensitivity, and credibility to our political process. And I know if we continue in this direction, we will be able to get to a certain stage.

“All the political parties including the main opposition parties have been clamouring for an extension of time. So, it is not APC that has been clamoring for a shift but PDP clamoured for it more than whatever.”

On his transformational agenda for Kastina State if he eventually becomes governor, Radda said as player in Katsina he has started building areas of focus.

He stated: “I was Chief of Staff to the governor and I know how the state is being run. I believe the major stake the state has right now is the issue of insecurity. I will put more emphasis on security.

“I will spend a lot of resources to make sure people are secured. It is only when you have security in the state that your children can go to school, that your people can go to the hospital and people can travel. I think the major area I will want to focus on at the moment is security.

“What I intend to do is to involve the use of the locals to gather intelligence in the communities. The locals will now work with the conventional security; police, the army as well as other security apparatus.

“We will try to give them all the necessary support in terms of equipment, vehicles, and moral support. And what kind of moral support can I give, it is for me to lead the war to the war front and confront the bandits together with the military, police, and the locals.

“And again, for you to succeed or any government, you will need a public service reform. You will need to reform the machinery of government that you are going to use for the reforms because once you don’t have the machinery, once there is no bridge for you to cross, you cannot achieve anything.

“You will want to encourage public service reform by giving them the necessary training. Placing civil servants where they need to be placed without favoritism. Whoever deserves to get whatever, he or she needs to get it.

“We will try to digitalize the system. We will try to have biometric capture of all the staff and all the structure so that you can send instructions through email to your staff and then get the things working for the state. We have to be IT conscious in running the state.”

On how he won the governorship primary, he said, “A total of nine of us contested for the ticket. It was keenly contested and one of the most transparent elections that have ever been conducted in the state and it went on smoothly. Even at that point, it was ongoing, you can hardly say who was going to win the election. But it was keenly contested. All the opponents have played a key role and they have shown their strength and capacity.

“And I am very glad to say that we thank Almighty Allah that it went on smoothly and I became victorious. This doesn’t mean I will fold my arms and start feeling superior or a hero to others. I have started reaching out to them. Almost all of us came from the same political family.

“We have been in politics together for over 20 years. So, we are friends. Some of us even have personal relationships, and family, and that has been a very good outing. All the aspirants have declared their support form and they will work for the party and the state.”