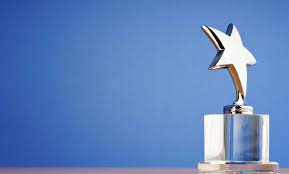 An elder statesman and the founder of Iwuanyanwu Nationale FC, now Heartland FC of Owerri, Chief Emmanuel Iwuanyanwu has been named among recipients of the maiden Nigerian Sports philanthropists Award, slated to hold  january 23, 2023 at the Shehu Musa Yar’adua Centre, Abuja.

The prestigious award is about the highest recognition and honour in the Nigerian Sports Industry from 1960 is being packaged by the Society for Promotion of Sports in collaboration with the Federal Ministry of Youth and Sports Development, Nigeria Olympic Committee (NOC) and Sports Writers Association of Nigeria (SWAN).

Announcing the date for the award on Tuesday in Abuja, president of Nigerian Sports Philanthropists Award, Mr Vincent O. Michael, said the award is not for all comers but recognition to those who deserve it in terms of contribution and support to the sports industry at any level.

He said over the years, Nigeria has been engaging in one sporting activity or the other with emphasis largely on the athletes and their coaches, but little or nothing has been said concerning the Nigerian sports philanthropists who have continued to invest their hard earned money to develop facilities, sponsor and support the athletes.

“This prestigious Award is about the highest recognition and honour in the Nigerian Sports Industry from 1960. It is primarily to give honour and recognition to those who deserve it in terms of contribution and support to the sports industry at any level.

“Most of them had to sacrifice the comfort of their immediate families to always ensure they provided for the athletes as at when due. Some even singlehandedly ran sports clubs for several years.

“While most of them are still living, there are also others who have died without a formal “thank you” to them. It is a well-known fact that when you appreciate a good gesture, it gives more encouragement even to other people because they too know that their modest support would be appreciated someday,” Michael said.

He said the selection process for the beneficiaries of the Award cuts across support to local tournaments, major international sporting competitions such as; African Cup of Nations, FIFA World Cups, All Africa Games, Solidarity Games, Commonwealth Games, Olympic Games, etc.

According to Michael, also penciled down to receive the award is late billionaire business mogul and former Nigeria’s Pillar of Sports, Moshood Abiola, late General Overseer of The Synagogue, Church Of All Nations (SCOAN), Prophet T.B. Joshua and others.

Our Administration Will Eradicate Poverty In Nigeria, Says Shettima