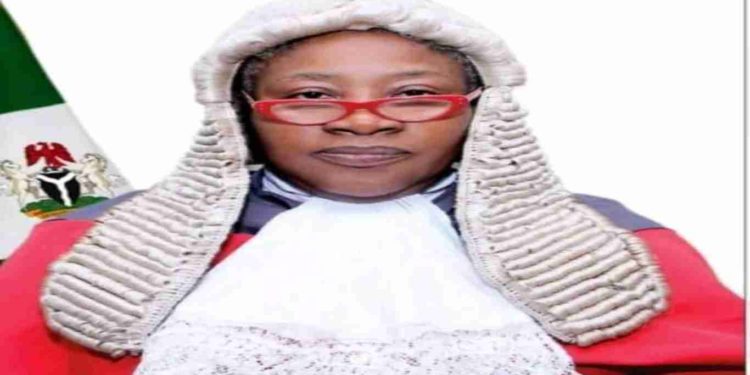 Chief Judge (CJ) of Akwa Ibom State, Justice Ekaette Obot, has complied with the demands that the trial proceedings that committed the human rights lawyer, Comrade Inibehe Effiong, to one month imprisonment be released.

Thirteen senior lawyers led by the national president of the Nigerian Bar Association (NBA) Mr Olumide Akpata, Mr Femi Falana and others, had alleged that since Effiong was jailed by the CJ on July 27, she had repeatedly frustrated their efforts to appeal the matter, forcing them to file a fundamental human rights enforcement order at the Federal High Court, Uyo, to compel a release of the documents.

However, Justice Obot, has heeded the plea and made available the documents of the contempt proceedings, which was obtained by our correspondent yesterday in Uyo, the state capital.
According to the particulars of the suit, Effiong, a co-defendant in a case of alleged malicious defamation of character of Governor Udom Emmanuel by one Leo Ekpenyong, had repeatedly interfered during the court hearing of the case on July 27.
The documents stated further that Effiong, resisted when ordered to derobe himself after severally interrupting the court process and insisted that the Premium Times reporter, who was ordered to leave the court for unauthorized recording of the proceedings should not obey the directive.
However, counsel to Effiong, Mr Augustine Asuquo, who acknowledged the receipt of the documents, said, “We are going to study the proceedings meticulously for the next line of action”.