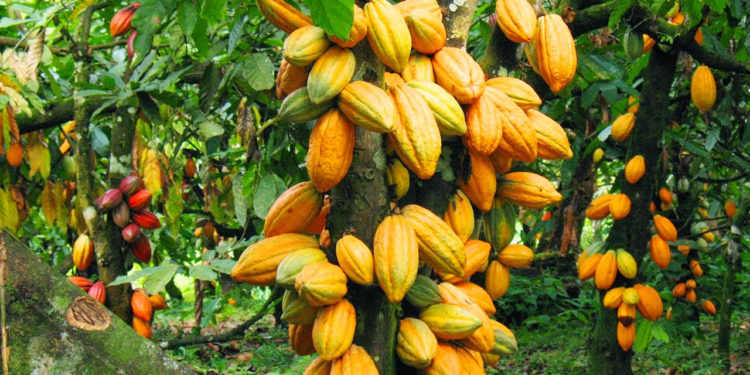 Johnvents Industries, an indigenous cocoa processing company, has expressed its desires to realise Nigeria’s cocoa exports potential to boost foreign exchange earnings with the processing of 5,000 metric tonnes of cocoa for exports to Europe, US and Southern Africa.

This, it said, will provide the needed attraction for foreign direct investment (FDI) into the country.

It would be recalled that Johnvents Industries Limited launched its 15,000 metric tonnes automated cocoa processing factory in Akure, Ondo State and announced its first export to the tune of $1million in February 2022.

The company in a statement sent to LEADERSHIP hinted that it aimed at boosting Nigeria’s foreign exchange earnings with its leading indigenous cocoa processing factory which has processed about 5,000 metric tonnes of cocoa while positing that this comes six months after the launch of its multi-million dollar factory in Ondo State.

Speaking on the development, the Managing Director of Johnvents Industries, John Alamu, asserted that cocoa cake and cocoa butter are the two major derivatives of our cocoa processing business at Johnvents Industries, and since they launched last December, they have processed about 5,000 metric tonnes worth of products for export to countries in Europe, the US, and some parts of Southern Africa.

He said, “we operate one of the largest cocoa processing factories in Nigeria and have invested over 3 billion naira to revamp and kickstart operation, we are proud to be the leading company in the processing of cocoa cake, butter, and powder.”

He affirmed that one of the goals was to contribute their quota in helping to realise Nigeria’s cocoa export potential estimated to the tune of between $4bn – $5Bbn.

“We are proud to say that in six months, we are well on our way to achieving this goal. Our production capacity utilization has moved from 20% in December 2021 to 66% in May 2022,” he added.

Continuing on the agribusiness feat, Mr Alamu added, “At the beginning, we envisioned massive job creation for our indigenous talents and we are on that path already. We have engaged over 200 people working at the Cocoa processing factory, part of whom are top talents in the industry with a world-class experience.”

Also speaking on the company’s integration agenda, Manager, Business, Sales, and Operations, Johnvents Industries, Caroline Omotosho, revealed that Johnvents was very much eager to impact the global ecosystem with sustained value to the local value chain within a short time.

She said, “As we have been able to achieve impressive growth in our production within a short window, we are excited about the audacity of our forward and backward integration plan and what it means for the industry.

“We have introduced our retail product, the Johnvents pure cocoa powder, into the local market. Cocoa is one nature’s greatest gifts to mankind packed with bountiful health and nutritional benefits. We believe it is not enough that we export cocoa cake and cocoa butter, we also want Nigerians to incorporate healthy meals in their diets and enjoy the benefits of Cocoa. She affirmed

“While the product is available in 200g and 100g respectively, we also have it in 5g sachets to allow a majority of the population access and afford the awesome nourishment of pure cocoa. And so far, the reception has been encouraging.”

The company, however, aligned with the global realities of traceability and responsible sourcing which informed their backward integration plans bordered on sustainability to heavily invest in their farmers and local buying agents.

She further said that, “within the ecosystem, we have have produced 5,000 farmers some of whom are Cocoa farmers. We educate the farmer clusters on good agronomy practices and also provide support around seedlings, and globally approved pesticides amongst others. As an organization, we have always adhered to the highest standards to ensure sustainable agriculture,”