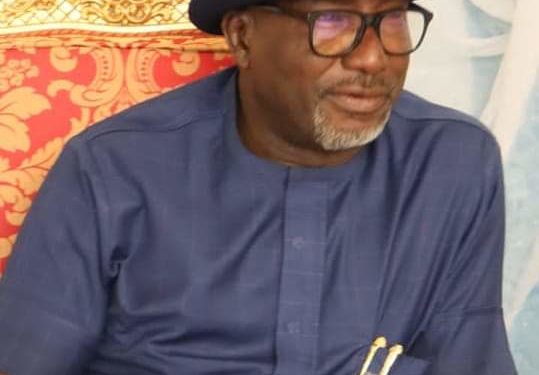 As the nation celebrate the anniversary of the June 12 annulled election, a socio political group the Niger Delta Renaissance Organisation NDRO has commended the democratic strides of former Chairman of the Peoples Democratic Party PDP in Rivers State and former governorship aspirant of the party in the state Bro. Felix Amaechi Obuah.

The group said the democratic antecedents of Bro. Obuah which has seen him play a politics of inclusion and loyalty to party has endeared him to his teeming followers.

NDRO in a press statement signed by its National Coordinator Comrade Nwokoma Messiah and National Publicity Secretary Odoginyon Adetunbosun said the withdrawal of Obuah from the governorship primaries in the state helped douse tension which wouldn’t have been good for the state. It stated that Nigerians need people who can engage those in the grassroots in order to sustain democracy in the country. They also urged Nigerians to show they have come to terms with democracy in the country by being active participants in political affairs.

“While congratulating Nigerians on this memorable occasion of celebrating democracy day in the country, we urge all to ensure that they partake seriously in the process by joining political parties that promote their interests and also obtain their PVCs which will guarantee votes for their preferred candidates. We at the Niger Delta Renaissance Organisation NDRO are on a serious drive for our members and Nigerians to obtain their PVCs and also vote massively in the coming elections because at the end of the day, our votes must surely count” the statement added.