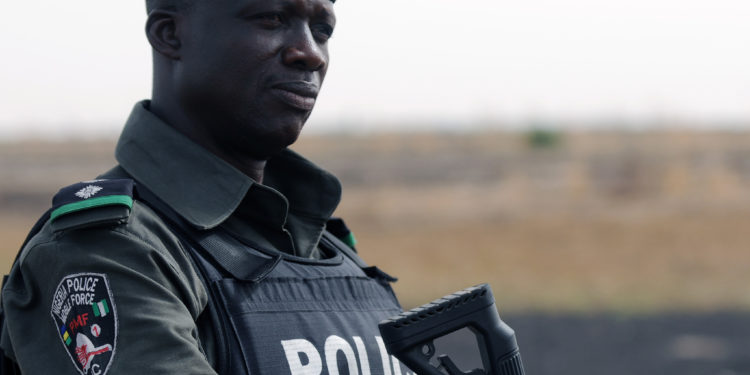 Two policemen were feared dead on Thursday when unknown gunmen attacked a Police  checkpoint in Enugu.

It was gathered that the gunmen came down from their vehicle and opened fire on the policemen at about 10am.

Sources said there was a serious exchange of fire between the hoodlums and the Policemen for some time.

The Police has, however, confirmed the attack, which took place along Agbani Road near the Enugu-Porthacourt Expressway but did not comment on the number of  casualties.

A statement issued by the Enugu State Police Public Relations Officer, (PPRO), Daniel Ndukwe, said the operatives were on stop-and-search operation when they were attacked.

He said; “there was an attack on Policemen on stop and search duty this morning, along Agbani Road, close to Enugu/Port-Harcourt Expressway, by yet-to-be identified hoodlums.”

“However details of the incident are still sketchy, while Command’s Tactical/Operational Operatives have been mobilized and are on the trail of the miscreants.

“Further development will be communicated, please.”