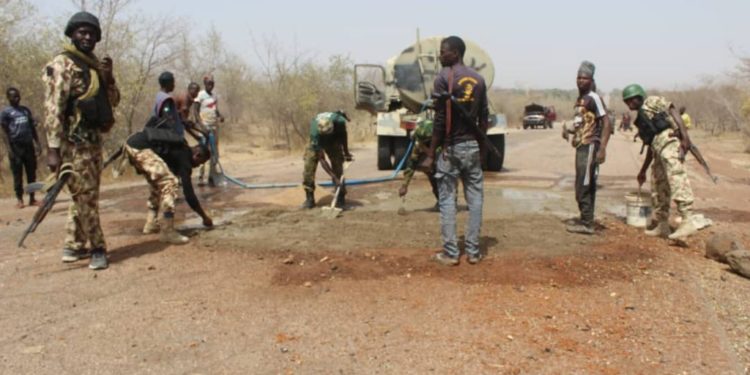 The Kaduna State government, on Tuesday, disclosed that troops intercepted some bandits and gunrunners at Kidunu area around Eastern By-Pass in Chikun local government area of the State.

In a statement issued by the Commissioner, Ministry of Internal Security and Home Affairs, Samuel Aruwan, he explained that after an exchange of fire, one bandit was neutralised, who was later confirmed to be a notorious bandit terrorising the area.

The statement said two AK-47 rifles were recovered along with charms and amulets, a mobile phone and two motorcycles.

Aruwan assured residents that security agencies will continue to monitor the security threats with optimal alertness and appropriate urgency.

The statement, however, urged residents  to maintain vigilance but go about their normal activities as security agencies work assiduously to eliminate threats.

“The Kaduna State Government wishes to inform citizens that it is constantly engaging with the security agencies, assisting with collaborative efforts, and supporting them with logistics and effective coordination of intelligence gathering and response.

The security operations room is open 24-hours a day to receive information on suspicious activity or threats across the state, on the phone lines 09034000060 and 08170189999,” Aruwan stated.