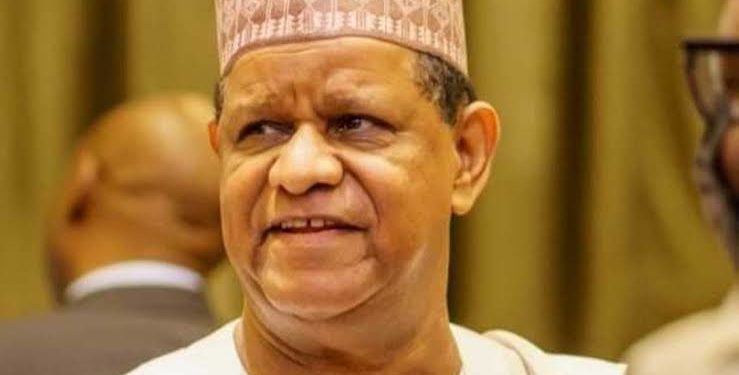 Hours to the commencement of a special convention to pick a presidential candidate for the 2023 elections by the Peoples Democratic Party (PDP), a former managing director and chief executive of FSB International Bank, Mohammed Hayatu-Deen, has withdrawn from the presidential race.

In a letter addressed to the PDP national chairman of the party, Dr. Iyorchia Ayu, he said interacting with Nigerians from all walks of life had reinforced his resolve that Nigeria must be saved, otherwise the future is doomed.

He lamented that for years he observed with great concern and sorrow the recent rapid deterioration of all aspects of Nigeria’s national life characterised by increasing poverty, religious intolerance, banditry and kidnapping, monumental oil theft, corruption, mismanagement of national assets, communal and religious strifes and near collapse of public services and public institutions.

He said he planned to ensure that the great potential that had become the hallmark of Nigeria’s development paradigm should be actualised during his presidency.

Hayatu-Deen, however, alleged that the primary had been “obscenely monetised”.

The renowned economist said he planned to make Nigeria the continental economic powerhouse, which would guarantee high quality of life to most Nigerians.

The foremost Banker said his ambition was driven by passion and commitment to rescue Nigeria which is on the verge of collapse.

He said “My exposure locally and internationally and contributions to the nation’s economic and political well being positioned me to take up the challenges facing our dear nation and the courage to participate in this gruelling exercise which most of our elites have shunned away from. Regrettably, the political system has proved to be acrimonious, corrupt and self-serving.

“I joined the contest as a democrat, with an open mind to keenly contest and accept the result of a process that is fair, credible and transparent.

“We have endeavoured to forge a consensus which would have facilitated a seamless emergence of a candidate which unfortunately could not be achieved.

“I wish to reiterate that I did not join party politics and to contest for the presidency because of personal gains and inordinate ambition, but to serve our country.

“It is, therefore, based on personal principles and with great humility that I have decided after wide consultations to withdraw from this contest which has been obscenely monetised.”

Hayatu-Deen assured that as a very loyal party member and believer in the democratic process, he’ll continue to avail himself and his teeming supporters at all times to ensure the victory of the PDP.