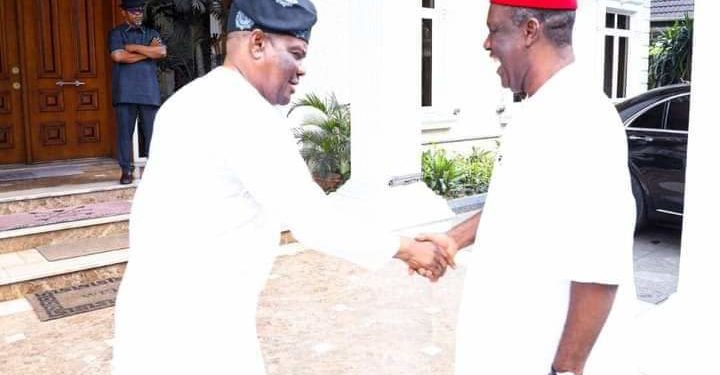 Orubebe had a couple of days ago resigned his membership of the Peoples Democratic Party (PDP) in protest to the emergence of the party’s presidential candidate from the North.

The former Minister is the fourth prominent Nigerian to visit Wike after the recently concluded presidential primary of the PDP where he lost to former Vice President, Atiku Abubakar, in the last two days.

The meeting between Orubebe and the Rivers State governor was behind closed-door and none of them spoke to journalists after the meeting.

Recalled that both men served together in the cabinet of former President Goodluck Jonathan before Wike resigned to contest the 2015 governorship election on the platform of the PDP.