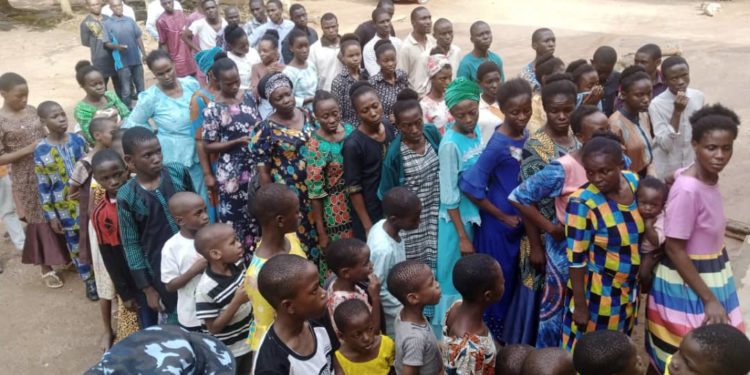 No fewer than 50 people including children were rescued from an underground apartment in a church in Ondo town, Ondo State, by the operatives of State Police Command.

LEADERSHIP learnt that the people were said to be abducted and kept in the underground cell in the Whole Bible Believer Church located in the Valentino area of the city.

In a viral video, a voice was heard claiming the people “are kidnapped children found in the underground cell of a church in Valentino Area of Ondo.”

LEADERSHIP gathered that the victims were camped in the church with the instruction that none of them must go out and that they should expect the second coming of Jesus Christ at any moment.

The pastor of the church, popularly known as Ondo Church, and other accomplices have been arrested by police detectives.

The rescued people were seen in three buses escorted by police patrol vehicles that conveyed them to Police Command headquarters in Akure.

When contacted, the spokesperson for the State Police Command, Funmi Odunlami, confirmed the development.

According to her, “I don’t have the details yet but they are bringing the victims to the headquarters. I will give you the details as soon as I get it from the DPO.”