JUST-IN: Police Shoot Journalist, 2 Others During Protest In Osun 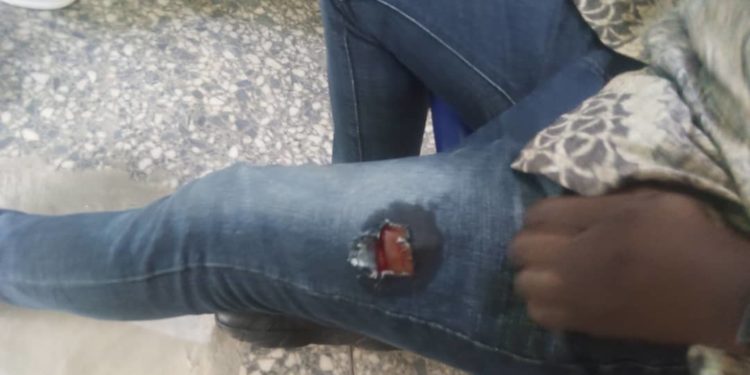 The Correspondent of The Nation Newspapers, Toba Adedeji, was on Wednesday shot by a policeman at the popular Olaiya junction in Osogbo, Osun State capital, during a protest by a irate youths.

He was shot on his left leg while no fewer than two other persons were equally shot in the melee that ensued.

A group of irate youths had gathered at the junction to demonstrate alleged brutal killing of their colleague, Abiola Afolabi.

Afolabi, who was said to have been buried at a cemetery in Ilesa town of the State earlier in the day, was allegedly shot on the suspicion that he was an internet fraudster.

The armed policemen arrived at the scene of the protest and started shooting canisters, which in the process hit the journalist while carrying out his duties.

Adedeji was rushed to the Osun State University Teaching Hospital (OSUTH) in Ogbobo where he was attended to.