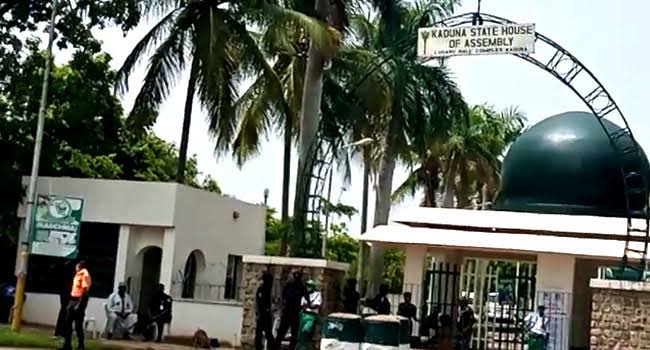 The Kaduna State House of Assembly (KDHA) has suspended the chairmen of Giwa and Chikun local government areas of the state over alleged misappropriation of public funds.

The lawmakers took the decision during plenary on  Tuesday, saying that the House can no longer continue to watch while the council chairmen continue misappropriate public funds.

The suspended chairmen include; Abubakar Shehu of Giwa and Salasi Musa of Chikun local government areas.

The motion was unanimously approved by members of the House via a voice votes.

The Speaker of the House, Hon. Yusuf Ibrahim Zailani, who presided over the plenary. directed the Clerk of the House to write to Governor Nasir El-rufai and others concerned about the decision of the House.

In an interview with Assembly correspondents shortly after the sitting, the chairman, House Committee on Information, who is also the member representing Kachia Constituency, Hon. Tanimu Ahmed Musa, reiterated that the two local government chairmen were suspended due to financial misappropriation.

Hon. Musa said, “Things are happening and we want to show the entire Kaduna State that the KSHA knows its worth.”

Meanwhile, the House has screened and confirmed Governor El-rufai’s commissioner-nominees.

At the plenary also, the Assembly passed the supplementary budget of one billion, forty six million, seven hundred and fifty four thousand Naira into law after it scaled third reading.

The chairman, Appropriation and Implementation Committee, who is the member representing Makarfi constituency, Hon. Aminu Ahmed, said the the budget covers specific areas like education and healthcare.

Hon. Ahmed added that the areas for consideration were critical areas that directly affect the people of Kaduna State.

JUST-IN: Police Shoot Journalist, 2 Others During Protest In Osun