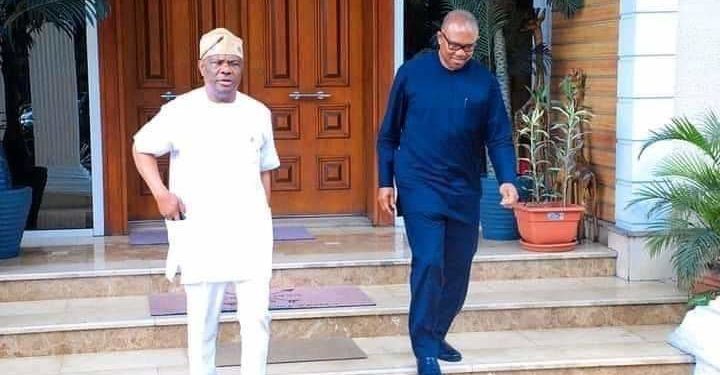 Presidential candidate of the Labour Party (LP), Mr. Peter Obi, on Wednesday paid a visit on the Rivers State governor, Nyesom Ezenwo Wike, at his private residence in Port Harcourt.

Obi is the third prominent politician to visit Governor Wike after the recently concluded presidential primary of the Peoples Democratic Party (PDP), were he lost to former Vice President Atiku Abubakar.

On arrival at Wike’s private residence in Port Harcourt on Wednesday, the LP presidential candidate was taken inside where he had a closed-door meeting with Wike.

However, after the meeting, both Obi and Wike refused to speak with journalists on the purpose of the visit.